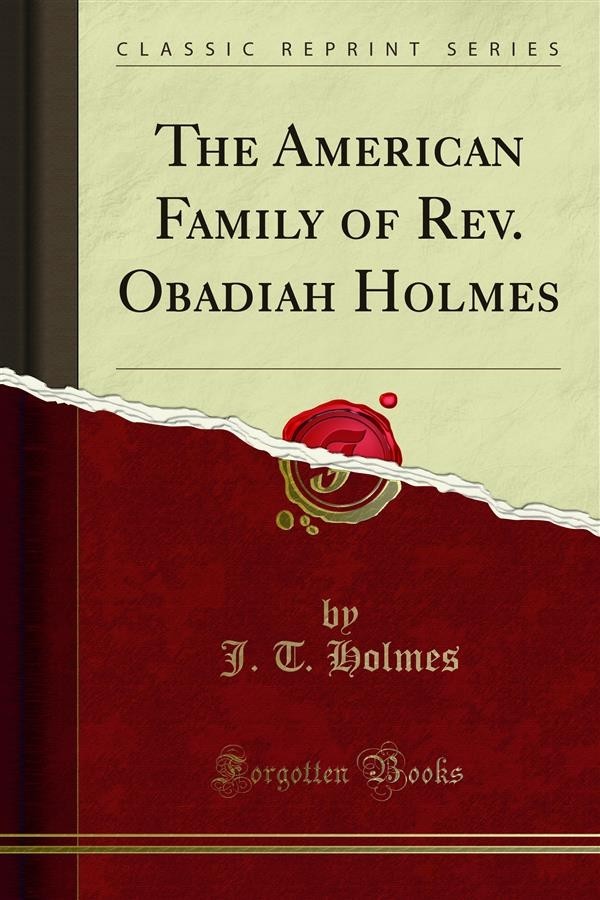 In volume 64, at pages 237-239, July number, 1910, of The New England Historical and Genealogical Register is a brief outline of the immediate English ancestry and connections of Rev. Obadiah Holmes.<br><br>The research on the genealogical line, which led back to him, as the immigrant ancestor, was commenced in January, 1900, as the result of the receipt of two letters from relatives in the west, one residing at Kansas City, Missouri, and the other at Denison, Iowa. The former was seeking to settle his relationship to Colonel Joseph Holmes, 1771-1868, a pioneer of the early days in Western Pennsylvania, the Pan Handle of Virginia and Eastern Ohio, and the latter was disclosing a short page of manuscript about the family which he had received from a Rhode Island genealogist, who had disappointed him by his exceedingly limited discoveries, in that behalf.<br><br>Obtaining a literal transcript of the family record in the Bible of Col. Joseph Holmes and a similar transcript from the Bible of his son Asa, an investigation of the ancestral line was commenced, following it backward, with the design, at the outset, of tracing from son to father, noting births, names, marriages, residences and deaths, to Colonial times, if possible.<br><br>Once enlisted in the work, the enterprise and the interest grew and extended and broadened and deepened until it became the absorbing engagement - occupying every spare moment outside of the profession - of making an elaborate brief on the facts and the law of an intensely interesting case.