The Woolworth Building by Day 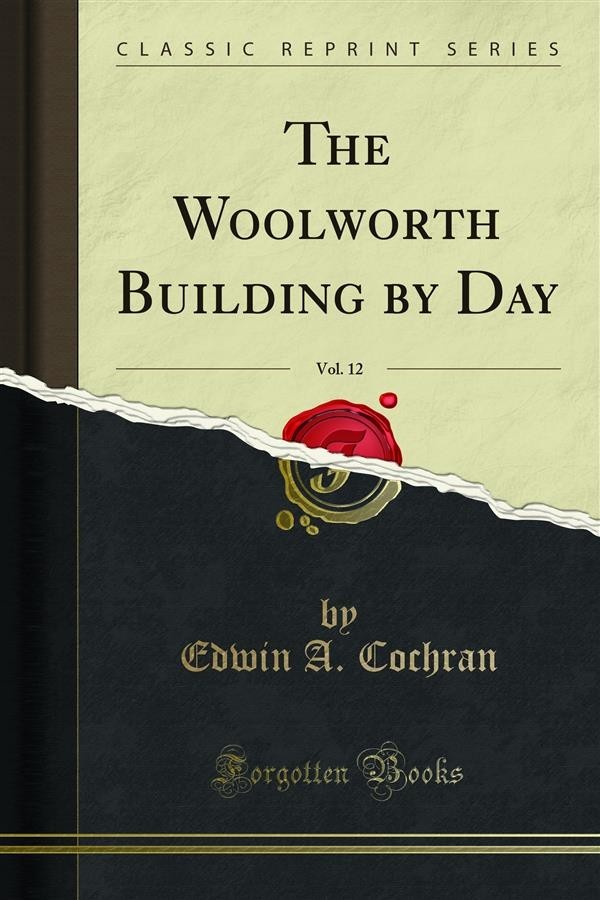 The Woolworth Building by Day

Yes, as a commercial institution the Woolworth Building is preeminent. Within its walls are housed great banking institutions, the executive and clerical staffs of giant industries, the New York representatives of America's big business enterprises and a great many leaders in the professions. Its tenants, with their employees, number people — the population of a city — and only tenants of the highest standard are accepted. The Building could have been filled twice over had not Mr. Woolworth been so strict about the responsi bility and personal integrity of every lessee. Altogether, these tenants rank among our country's most prosperous, most progressive and most reputable business and professional men. Doctor Cadman, the noted divine, has called this Building The Cathedral of Commerce, a term which fittingly describes it It stands in magnificent splendor, a masterpiece of art and architecture, a Glorious Whole, quite beyond the power of human imagination. The true Gothic lines and tracery of the exterior are extremely impressive, and the proportions have been executed with such studious care and fidelity to detail that its enormous height is not realized from the street; yet it is by far the tallest building in the world, rising 792 feet I inch above the sidewalk, its summit piercing the heavens. The recessive Tower, gradually diminishing from base to pinnacle and appearingalways in new lights and colors, forms a fascinating picture from every view point, as it stands silhouetted against the sky. Its location, too, is of supreme importance. It is in the very heart of things — the civic center of the world's great metropolis, in the midst of all transpor tation lines. It faces upon three streets and has nine entrances, including two direct communications with the subway system. It is within a stone's throw of City Hall, the Municipal Building, Brooklyn Bridge, the Post Office and Courts, as well as close by the great financial and banking center. No building could command a better location or one more advantageous to its tenants.