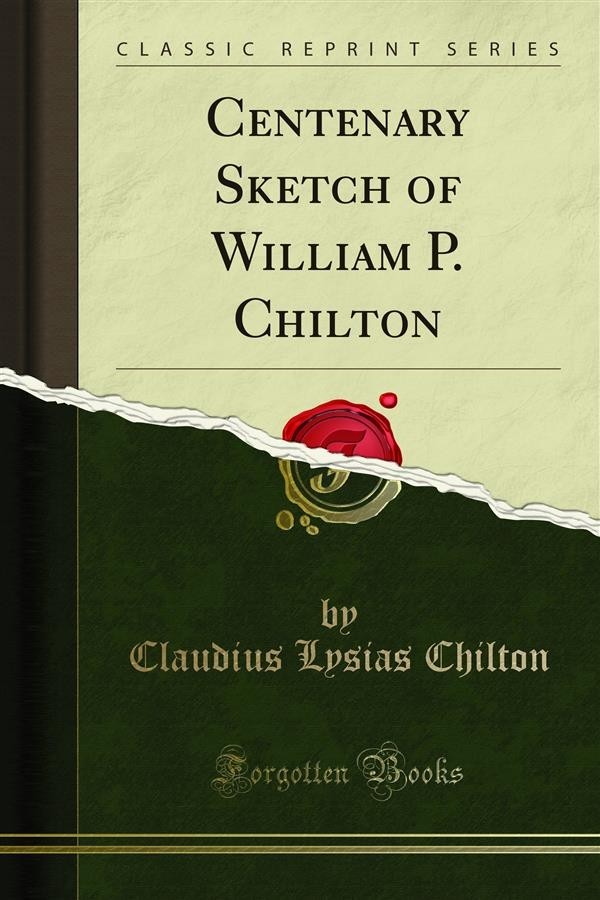 That is but sorry modesty that would refrain from burnishing an illustrious name lest some reﬂected glory should fall upon one's hand; and so the writer makes no apology for the following — being prompted conscious ly by no other motive than filial respect and love; for, next to the Good Father in Heaven, is a good father on earth, and it seems more a shame to omit than to give him loving praise. And so, as his youngest son, is seems to me not in appropriate that for the sake of those who are to live after me, and who will scarcely know of such things apart from such means, that I should call to mind by some such service as this, brief though it be, and all inadequate, the life and virtues of so good and great a man on this the one hundredth anniversary of his birth. William Parish Chilton was born near Elizabethtown, in Adair County, Kentucky, August the tenth, 1910. His father was Rev. Thomas John Chilton, and his mother was Margaret Bledsoe Chilton. His father was born in Virginia, — Loudon County I think, and was a Baptist preacher of note and inﬂuence in his day. The father of his wife was also a Baptist preacher.