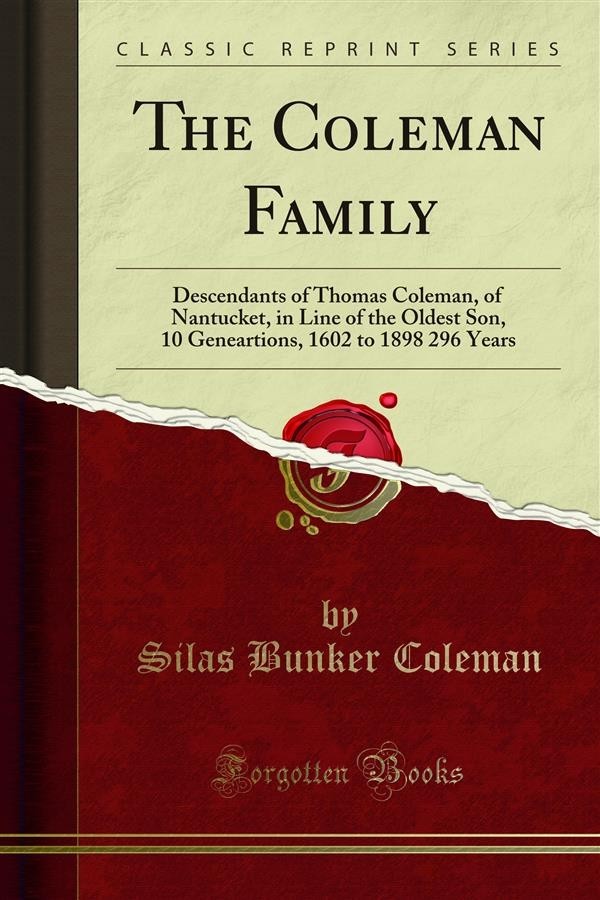 He afterwards removed to Hampton, where he married Mary, widow of Edward Johnson, July 11, 1651. He was married for the third time to Margery, daughter of Philip Fowler and widow of Thos. Rowell, of Andover, who had been the widow of first Christopher Osgood, of Andover, and before 1663 removed to Nantucket, where he died in 1685, aged 83.