Letter on Corpulence, Addressed to the Public 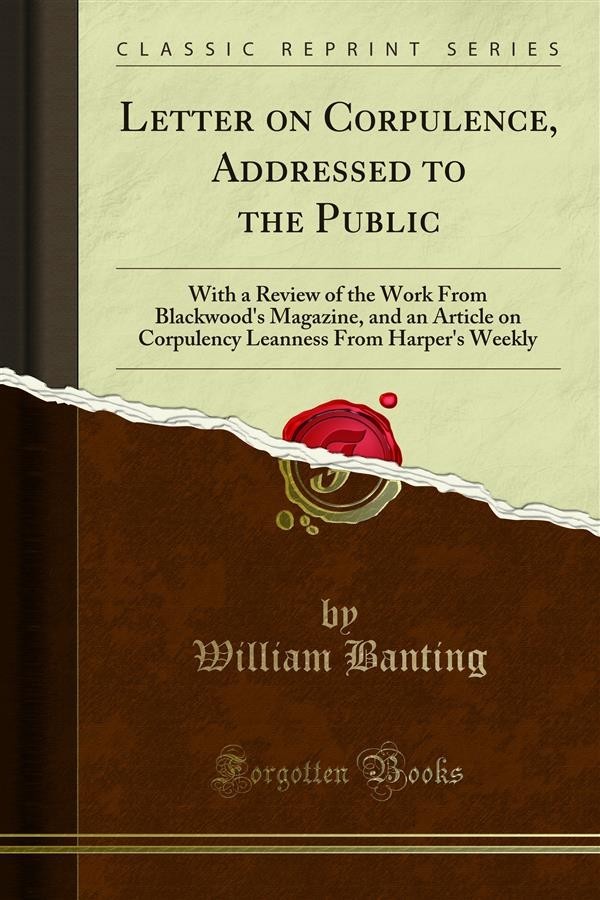 Letter on Corpulence, Addressed to the Public

He soon afterwards died, and, as the tendency to corpulence remained, I consulted other high orthodox authorities (never any inferior adviser), but all in vain. I have tried sea air and bathing 111 various localities, with much walking exercise; taken gallons of physic and liquor potassas, advisedly and abundantly riding on horseback the waters and climate of Leamington many times, as well as those of Cheltenham and Harrogate frequently have lived upon Sixpence a day, so to speak, and earned it, if bodily labor may be so construed and have spared no trouble nor expense in consultations with the best authorities in the land, giving each and all a fair time for experiment, without any permanent remedy, as the evil still gradually increased. I am under obligations to most of those advisers for the pains and interest they took in my case but only to one for an effectual remedy.