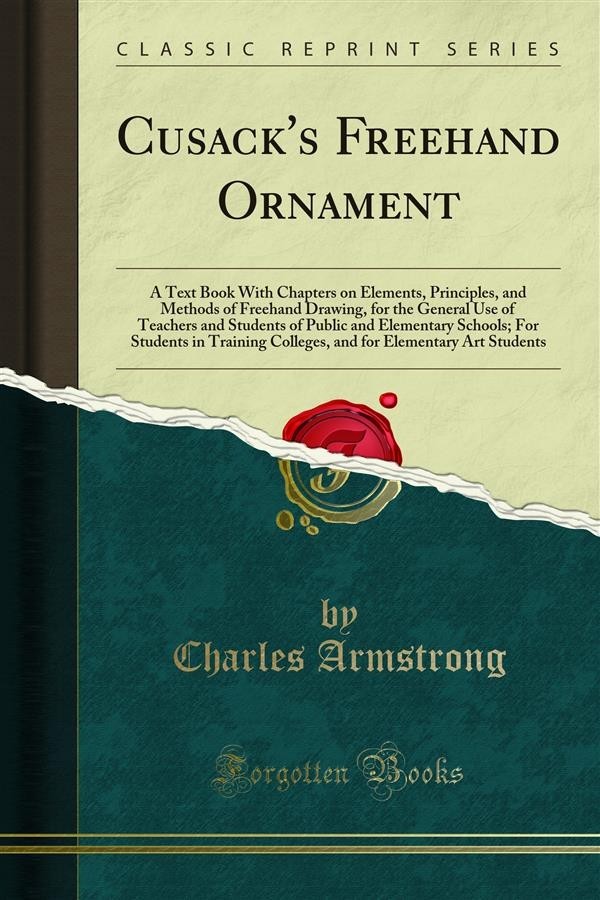 A charming mixture of figures and pleasantly forthright written advice on the appropriate technique for freehand sketching and drawing a range of subjects. Cusack’s Freehand Ornament takes the student of freehand drawing as it finds them, endowed with a great deal of natural flair or indeed utterly lacking it. For the complete beginner or the would-be artist wishing to gain a theoretical grounding, the initial chapters focus primarily on describing the ideal technique for drawing the primary three dimensional shapes the artist will wish to represent in drawing any common or unusual scene or object.<br><br>Where many drawing manuals begin with tedious figures for copying, that appear to be art as much as a grammatical exercise appears to be dramatic prose, this book starts with beautiful details observed on great buildings, art works and abstract patterns taken from classical artefacts. Greek vases, Parisian architecture and the patterns of ionic columns abound. <br><br>“It is to be remembered that not the fact of being born clever makes a genius but that infinite trouble is the mother of genius” says Charles Armstrong. This is where Cusack’s Freehand Ornament’s true genius lies. For the less than natural artist, the recognition of and provision for a longer learning curve allows for the natural and unpressured development of skill, which if not the same as born talent, is at least indistinguishable from it. Offering hope to the silent majority of us who would otherwise throw up our hands and tell anyone who asked, ‘I’m hopeless at drawing’. No longer, readers, no longer.