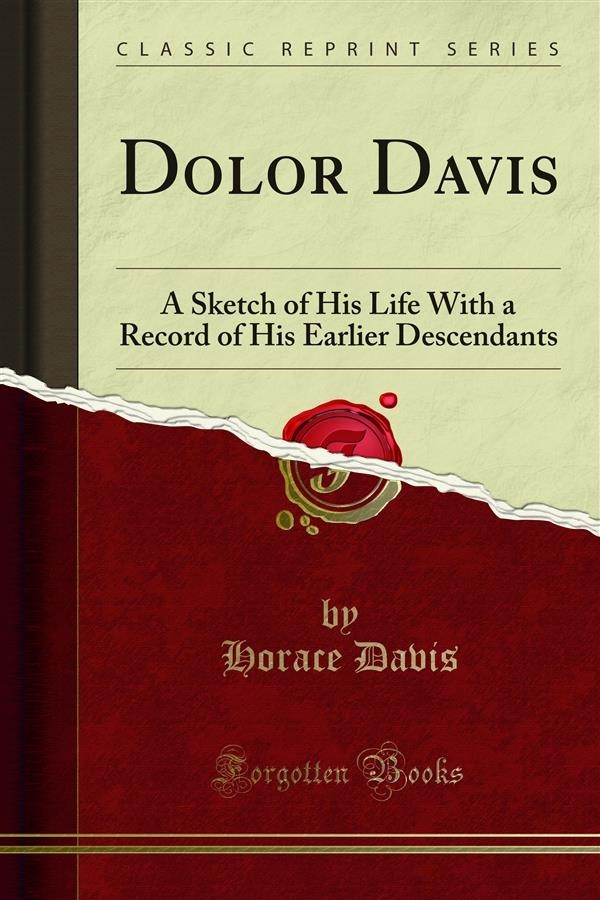 He was not a person of distinction, but an humble house carpenter or builder, who divided his time be tween his trade and the more common business of farming; and to the demands of his trade we may probably attribute, in part at least, his frequent change of residence, as the new settlements offered greater opportunities of employment than the older towns. The first record I have of Dolor Davis is from the town records of Cambridge, Mass, of August 4, 1684, Where, among other grantees of land on the west side of the river, we find granted Dollard Davis, there 25 acres. A meagre outline of his previous life can, however, be made out with tolerable certainty from the facts in our possession. He was born not far from 1600, perhaps a little earlier, and was, I think, a native of Kent, England. This is probable because, first, his wife was from Kent; second, his associations in New England were mainly with Kent ish men; and third, the name of Davis is very com mon in Kent, especially in that district called the Weald.