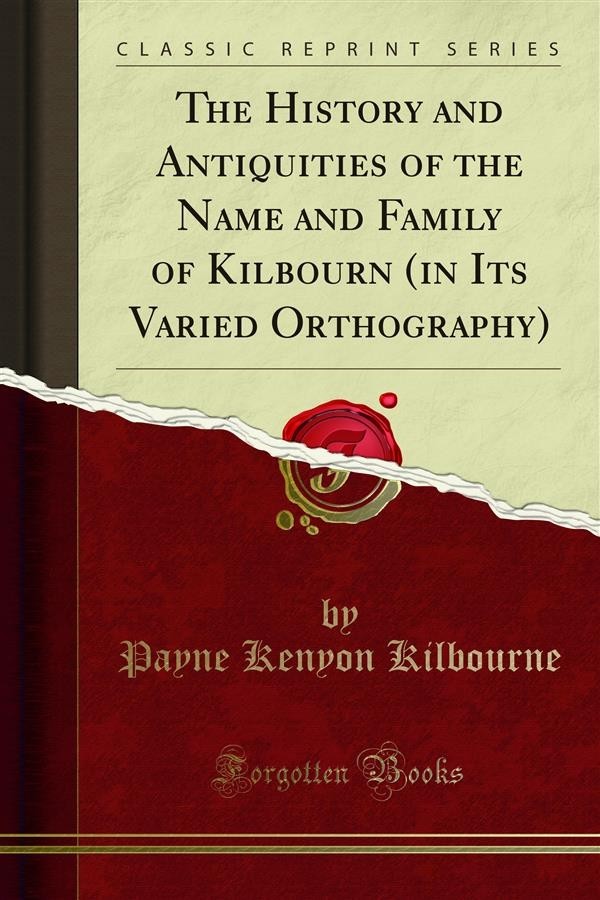 As a mere list of names is peculiarly dry and uninteresting, I have aimed to give as much of the personal history of each member of the family as possible hence, whenever any incident or fact of this nature, however unimportant in itself, has come to my knowledge, I have generally made use of it. This would of course be deemed unadvisable in a book designed for general reading but in a record intended mainly for the use of a single family, no one can object to the plan thus adopted. Of that family who, two hundred and twenty years ago, planted the name of Kilbourn in the then remote and desolate wilderness of America, only one lived to welcome the advent of the Eighteenth Century.* The sorrows which they felt, the privations which they endured, and the perils which they encountered, are unrecorded by the pen of the historian and unheralded by the tongue of tradition. One by one, they withdrew from the scene of conﬂict and trial, to join the solemn procession of generations. Their Winter past, fair Spring at last Received them on her ﬂowery shore Where Pleasure's rose immortal blooms, And sin and sorrow are no more. We are reaping the harvests which were sown with a liberal hand by our predecessors. Is it not a duty as well as a privilege to revere their memory and to cherish their virtues? No intelligent man would dare call in question the importance of a national or even a State History; and, as society advances and intelligence increases, may we not reasonably expect that public sentiment will demand not only that every county and every town, but every family name, shall have its historian? P. K. K.