A History of Barrington, Rhode Island 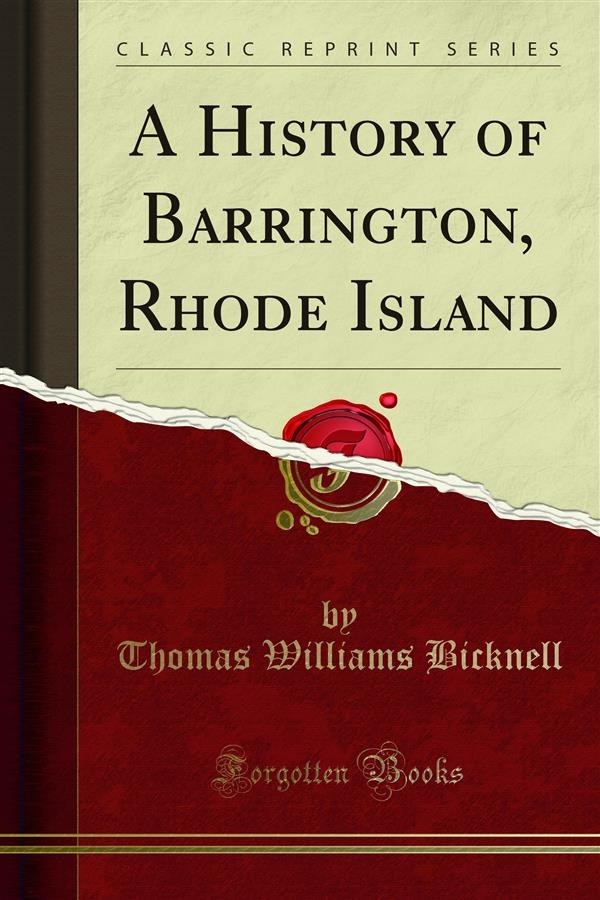 A History of Barrington, Rhode Island

As appears, this volume covers the history of Barrington from 1621 to 1898, with the biographies of leading Citizens, and brief outlines of genealogy. The actors and their acts constitute the warp and woof of the town's life, and few of the old towns, outside of Plymouth, have so worthy a record. Four governors of the Colony, Bradford, Prince, the two Winslows, father and son, and two of her military leaders, Capt. Myles Standish and Capt. Thomas Willett, were the founders of the Plantation which preceded the town. Mas sasoit, the great and good sachem of the Wampanoags, was their friend, and deeded them the territory, the garden of the Colony. The founders of the first Baptist Church at Swansea, in Massachusetts, Myles, Willett, Brown, Butter worth, Tanner, Carpenter, Kingsly, and Albee, were moral heroes, whose noble stand for conscience changed the Char acter of our colonial life. The same men, with others of like spirit, founded the town government on the basis of civil and religious freedom. Throughout these chapters will be found constant evidences of an honest yeomanry, a nation's pride, liberty loving, God-fearing, working out in their indi vidual, social, town, and church life, the problems of builders on new foundations. The Barrington of to-day, with its intelligent, prosperous, and happy people, its excellent schools, and its churches of a true and exalting faith, is not the growth of a day, but the product of the generous, sacri ficing life and labors of three centuries in America. While I have sought diligently for the truth as to our ancestry, and have aimed to present their deeds and principles con scientiously and accurately, I am more conscious than others can be of the possibility of errors and imperfections of human judgment, to cover which I invoke the indulgent charity of the present and coming time.