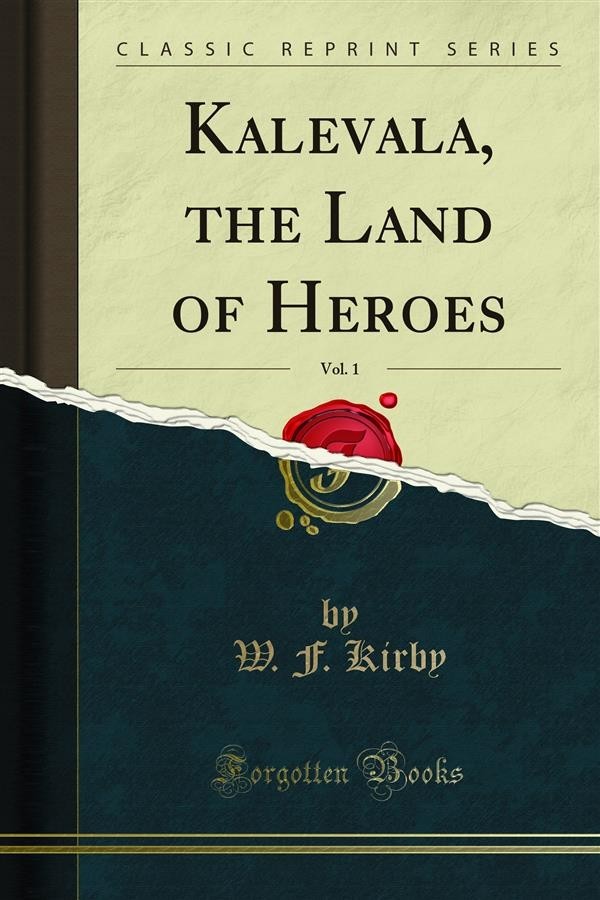 N 0 national epic lies so firmly in the heart of its people as the Kalevala. Its inﬂuence on modern Finland has been and is — to Offer the least remote of possible comparisons — an immensely more potent force than the tradition of the Edda collections in western Scandinavia or the Nibelungen cycle among the Germanic nations. As the poem holds up its bright mirror to the life of the Finns moving among the first long shadows of medieval civilization it suggests in our minds the proto-twilight of Homeric Greece. Its historic background is the misty age Of feud and foray between the people of Kaleva and their more ancient neighbours Of Pohjola, possibly the Lapps. Poetically it recounts the long quest Of that singular and prolific talisman, the Sampo, and ends upon the first note of Christianity, the introduction of which was completed in the fourteenth century. Heroic but human, its men and women march boldly through the fifty cantos, raiding, drinking, abducting, outwitting, weeping, but always active and always at Odds with the very perils that confront their countrymen today: the forest, with its savage animals, its myriad lakes and rocks and torrents; wind, fire, and darkness; and the cold. Yet, wild as the scene may be, it is far from barbaric. The craft of the shipwright, the blacksmith, the goldsmith, or the brewer has plainly reached a. High level; household manage ment and the laws Of hospitality are well understood; fine fabrics are woven, fine jewels esteemed; personal cleanliness and the rites of the sauna, or Finnish steam-bath, are fully practised; music is an important part of life, and songs are Often accompanied on the kantele, a stringed instrument still in use; there is constant and highly poetic praise of beauty, whether of bird or tree or maiden. Imagination is perhaps the outstanding talent Of the characters, who conspicuously prefer skill or guile or magic to the use of force.