Mysteries of the Head and the Heart Explained 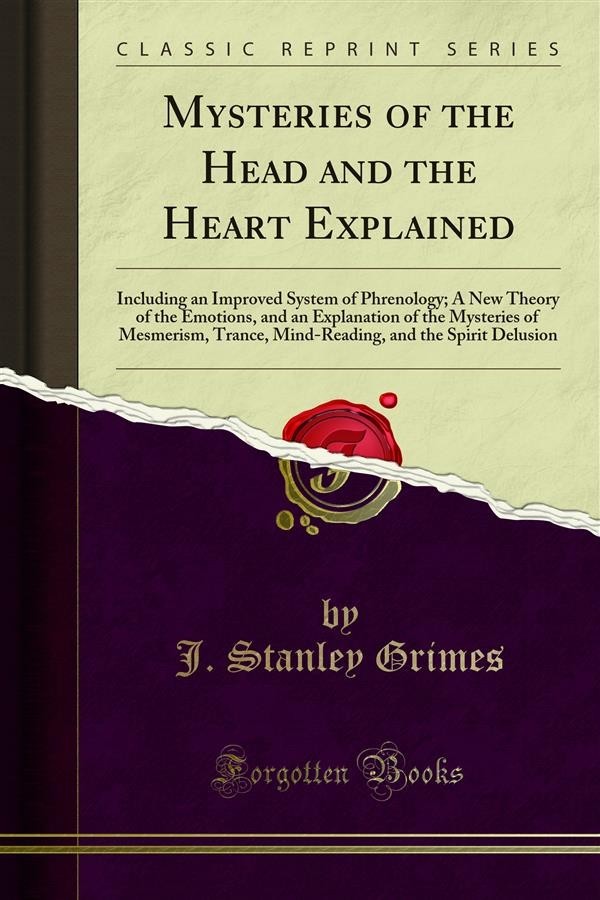 Mysteries of the Head and the Heart Explained

If any of my readers, on seeing that my whole superstructure is founded upon phrenology, are inclined to reject it on that account, with the remark that they do not believe in phrenology, my reply is that I ask no one to believe in it. Science is not a matter of belief, but of positive knowledge. If it cannot be demonstrated to be true beyond all doubt, it does not deserve to be regarded as a science at all. No one is expected to believe in chemistry, in geology, or in astronomy. When Galileo, by means of his newly invented telescope, discovered that Jupiter had four moons, some of his Opponents declared that they did not believe it. Very well, said Galileo, I do not ask you to be lieve, I only ask you to look through this small tube and see them for yourselves; but instead of looking they arrested and punished him.