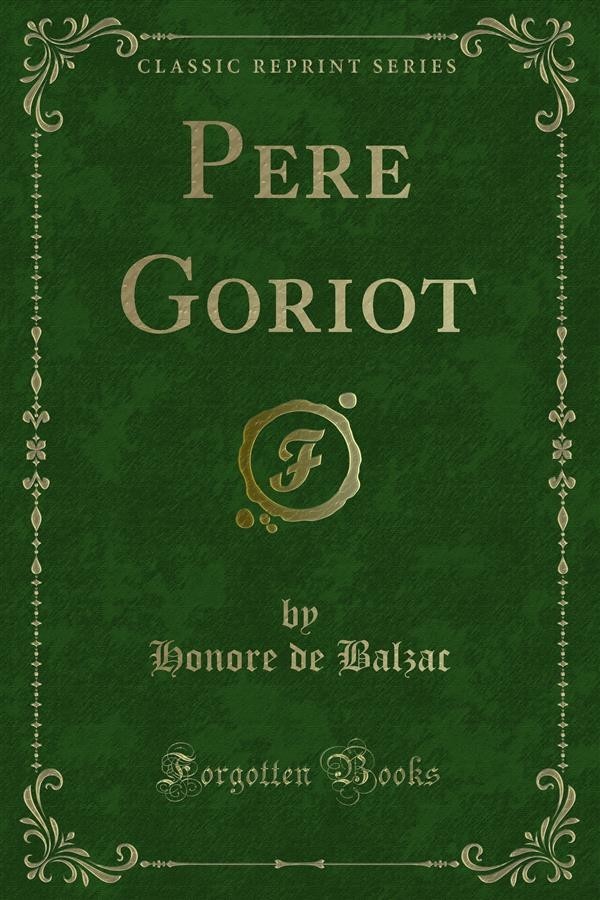 It would, however, not be difficult to find books with an almost, if not quite, equal accumulation of attractions, which have somehow failed to make the mark that has been made by Le Pére Goriot. And the practised critic of novels knows perfectly well why this is. It is almost invariably, and per haps quite invariably, because there is no sufficiently central interest, or because that interest is not of the broadly human kind. Had Goriot had no daughters, he would undoubtedly have been a happier man (or a less happy, for it is possible to take it both ways) but the history of his decadence and death never could have been such a good novel. It is because this history of the daughters — not exactly unnatural, not wholly without excuse, but as surely murderesses of their father as Goneril and Regan — at once unites and over shadows the whole, because of its intensity, its simple and suasive appeal, that Le Pe're Goriot holds the place it does hold. That it owes something in point of suggestion to Lear does not in the least impair its claims. The circumstances and treatment have that entire difference which, when genius is indebted to genius, pays all the score there is at once. And besides, Lear has offered its motive for three hundred years to thousands and millions of people who have been writing plays and novels, and yet there is only one Pére Goriot.