A New and Complete Treatise on the Arts of Tanning, Currying, and Leather-Dressing 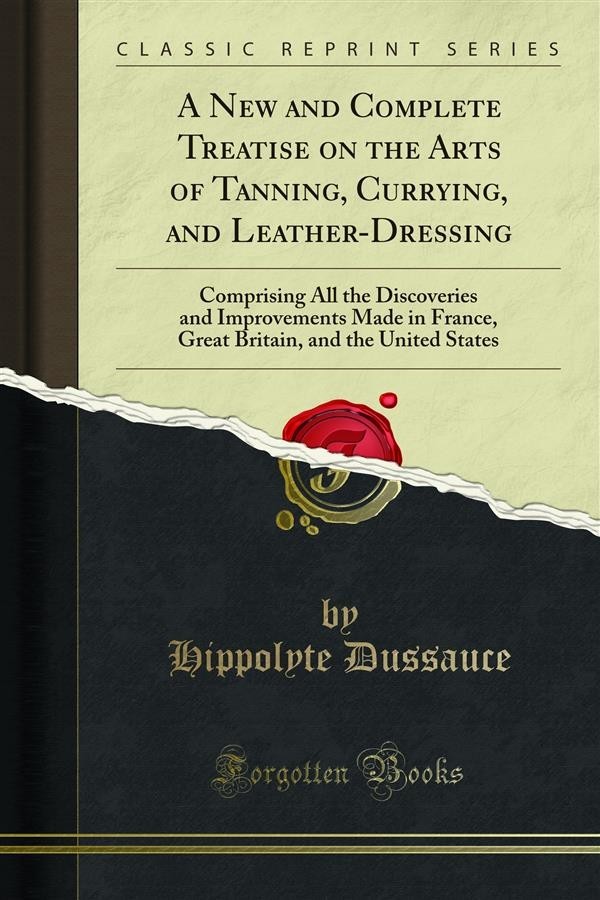 A New and Complete Treatise on the Arts of Tanning, Currying, and Leather-Dressing

The art of tanning has for a long time consisted of a series of empirical operations, notwithstanding the fact that there is no art which is so dependent upon certain fixed principles, and on which chemistry exerts so great an inﬂuence. The processes followed in manufactories, in the past, have varied according to their localities; and have been transmitted from father to son, as heir looms which they have had great scruples in abandon ing or even touching. All new innovations were viewed with scorn, and rejected, even without experiment. When a workman had succeeded in producing good work, he believed he had attained the 926 plus ultra of his art, and he' would have believed he was unworthy of this title, if he could have been persuaded that he had yet many things to learn.