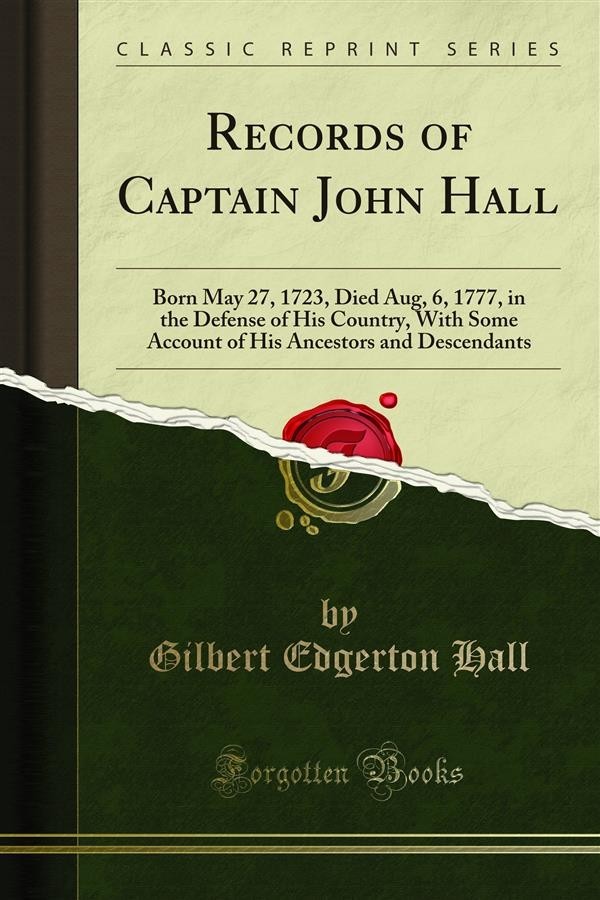 Among the patriots of the Revolution none are more worthy of our admiration and respect than Capt. John Hall, and his equally patriotic wife, Jemima (kinney) Hall. He died Aug. 6, 1777, one month after he Was wounded at the Battle of Hubbardton. His wife, after having received many indignities at the hands of the British and Indians, and the loss of her property, lived to a good old age, and died Nov. 17, 1807.