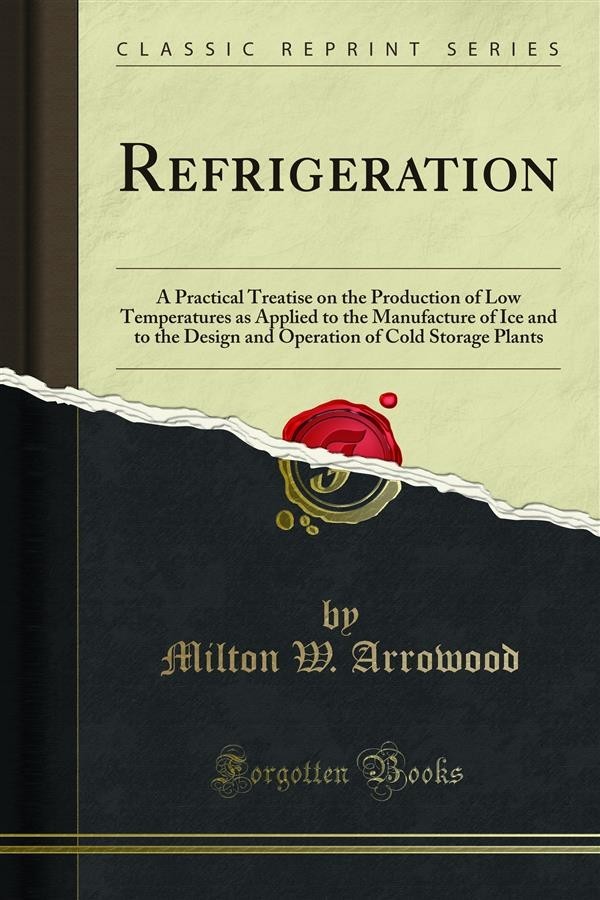 Mechanical apparatus for producing cold dates from a much more recent period, the first authentic record of any such invention being the machine of Dr. Cullen for evaporating water under a vacuum. This machine was put in operation about 1755. About this time, also, experiments were made in France by Lavoisier, for using ether in refrigerating machines; but little or nothing came of either of these men's efforts, and it was not until the early part of the nineteenth century that refrigeration by mechanical means began to assume a practical form. About 1810, Leslie experimented with a machine using sulphuric acid and water; and in 1824 a machine was patented by Vallance, in which dry air was circulated over shallow trays of water, the resulting evaporation abstracting a large amount of heat; this latter process for cooling water was used in India from a time prior to the dawn of modern history. From the beginning of the nineteenth century on, the develop ment of the refrigerating machine was rapid and continuous. Various machines using liquids as the working medium were employed. Uh til within the last thirty or forty years, however, refrigerating ma chines met with little success, the inventors in most cases being compelled to stand the heavy cost of development, with little or no returns. An interesting point in/connection with the development of mechanical refrigeration, is seen in the fact] that physicians were num bered largely in the list of those developing new machines, this pre sumably being due to the necessity felt in medical circles for cold water and ice to be used in the treatment of diseases. Thus the early physicians who used their substance in an effort to develop a machine to alleviate suffering, were philanthropic heroes of the first type.