Rev. John Moore of Newtown, Long Island, and Some of His Descendants 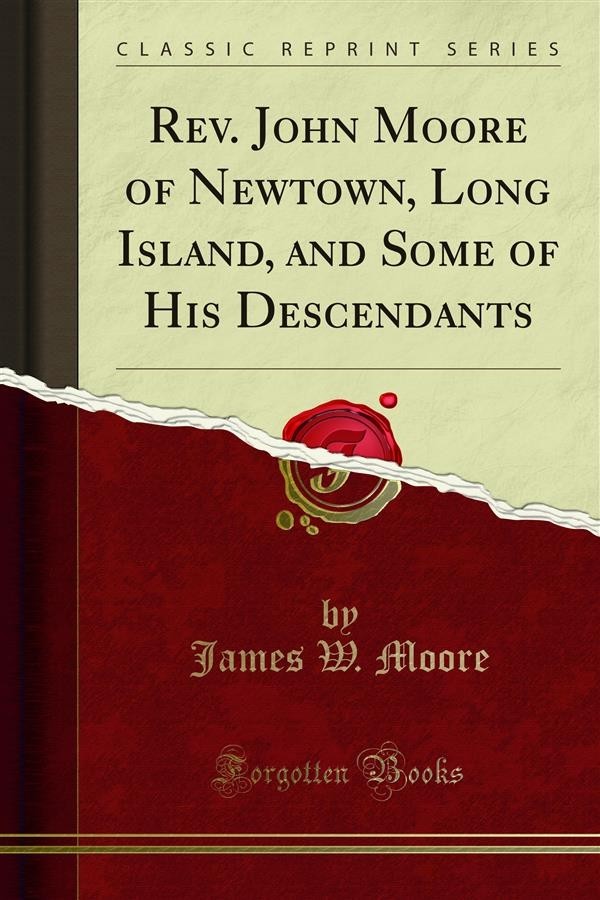 Rev. John Moore of Newtown, Long Island, and Some of His Descendants

Injudicious methods pursued by the authorities, which the people resented, prevented the establishment of the Church of England in the province of New York for many years. Lord Cornbury, in 1702, ordered that Domine Freeman be not called to the Dutch churches at Kings; summoned the church wardens of Jamaica, all non-conformists, to appear before him, among whom were Thomas Willet, John Coe, Content Titus, Joseph Sackett; directed the rioters, that is, dissenters, there to be prosecuted; commissioned Rev. Mr. Honyman to be minister of that place; ordered the sheriff to eject Mr. Hubbard from the parson age, and put in Rev. Mr. Urquhart; directed the minister's money to be paid to the latter; ordered a public tax to be levied for the support of the minister; and finally fined the church wardens and vestrymen of Jamaica for refusing to obey his orders, March 31, This true nursing father to our infancy here.