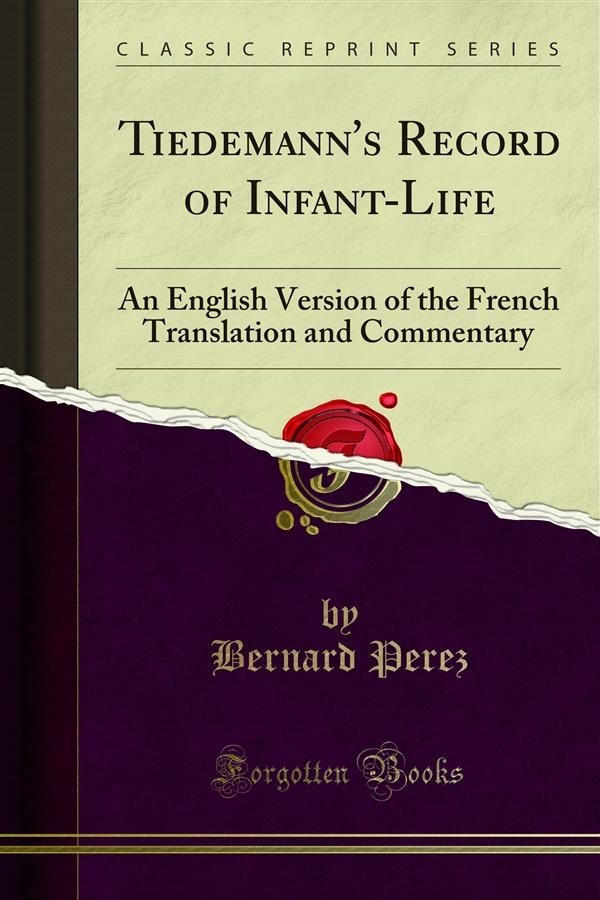 It is repugnant to me to think of a child as a mere machine. From my stand-point, Rousseau, who has well expressed the principle upon which child-psychology should rest, by cautioning us not to seek the man in the child, but to think of what he is before he becomes mau,.said that the newly-born infant, fettered by imperfect and but half-developed organs, is a purely sensuous being who has not even the feeling of his own ex Etence and with whom cries and movements are absolute mechanical effects, destitute of knowledge and will.