A Treatise on Ceramic Industries 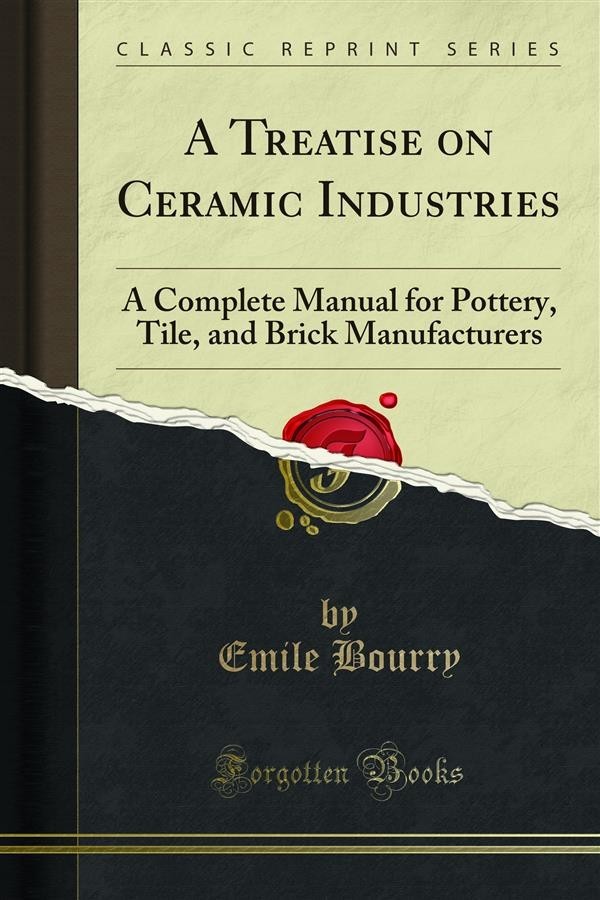 A Treatise on Ceramic Industries

As the book is intended as a manual for practical men rather than a hand -book for the scientist, no attempt has been made ln translating to revise the chemical nomenclature except where the subject seemed to be of special interest, and m most cases the popular names of chemicals have been retained. Obsolete theories have in some instances been omitted, and the general descriptions have been shortened as much as was thought to be possible without sacrificing clearness of expression or omitting important facts. At the same time, no attempt has been made to materially alter M. Bourry's original work. For this reason many of the statements made must be accepted on their own merits and not as necessarily representing the reviser's Opinions. For the same reason, many illustrations in the original have been retained, though they represent French and not English machinery. In a few cases, illustrations of modern English machinery have been substituted. In a number of instances, special notes have been added where they appeared to be desirable.