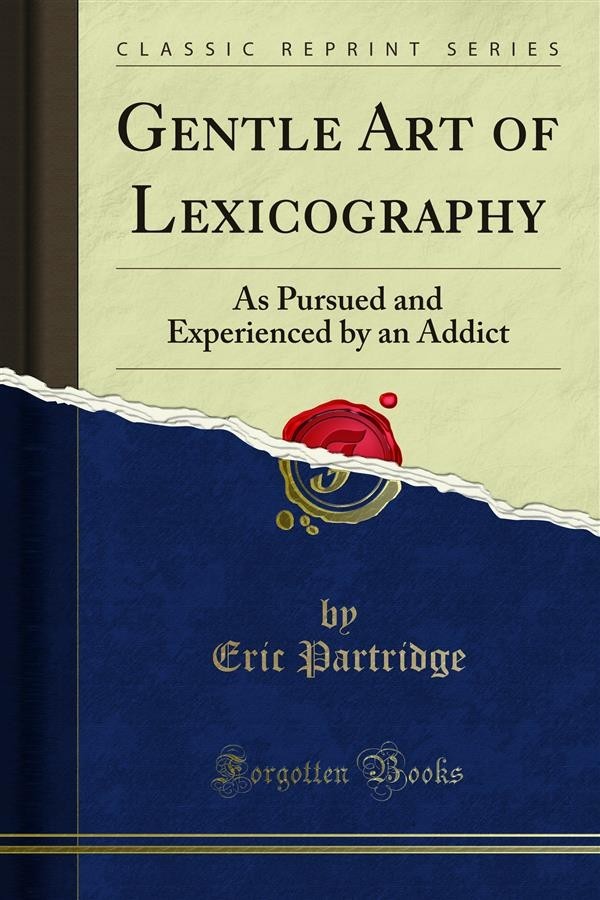 Yet the thought of writing a small book on lexicography something rather less 'popular', rather more systematic and much more comprehensive, than the essay appearing, 1952, in From Sanskrit to Brazil had occurred to me more than once during the period that has elapsed since Origins appeared, late in 1958; only to be dismissed as, on brief consideration, impracticable for the above-mentioned reasons. Mr Hart, the most insidious and urbane of agents provocateurs, said, 'well, think it over.' I did: and the solution at which I eventually arrived was this.