Measurement of Light and Colour Sensations 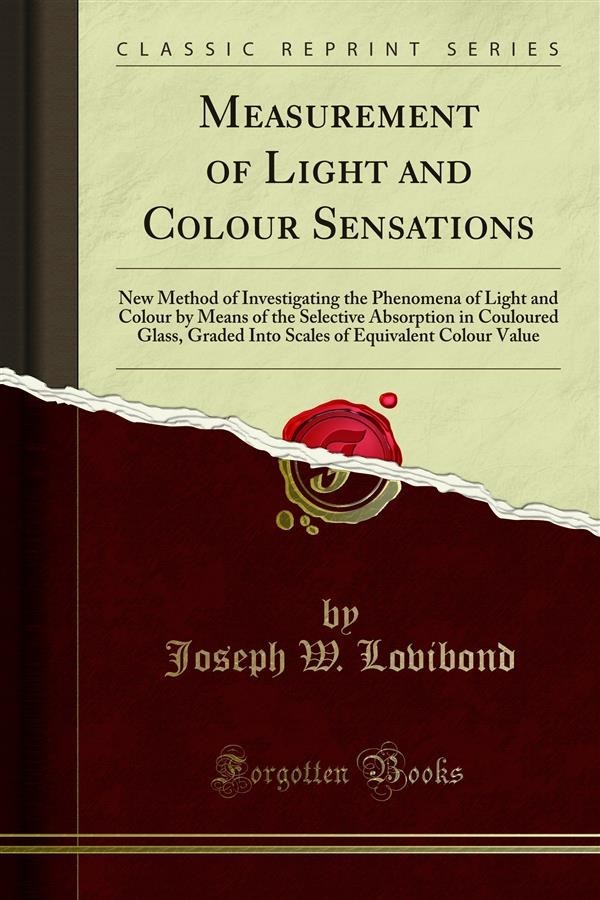 Measurement of Light and Colour Sensations

It is not here purposed to inquire into the structure. Of the visual apparatus itself, but to accept the sensation of a normal vision as pro tanto evidence of fact. This course may be safely adopted, for it has been found that when the conditions of observation are identical, and the terms of description have a common meaning, any number of normal visions agree in their description of a given colour. In view of the many conﬂicting theories on such fundamental questions as to the precise number of colours, and which amongst them are primary colours, the author, at an early stage, deter mined to accept no theory as proved until it was demonstrated by experiment. At first sight this may appear unjust to the many original workers whose researches have evolved theoretical truths long before actual demonstration was possible. It has, however, been accomplished without this injustice by dividing all theoretical positions into two classes. First, theories which are capable of confirmation by means of actual experiment.