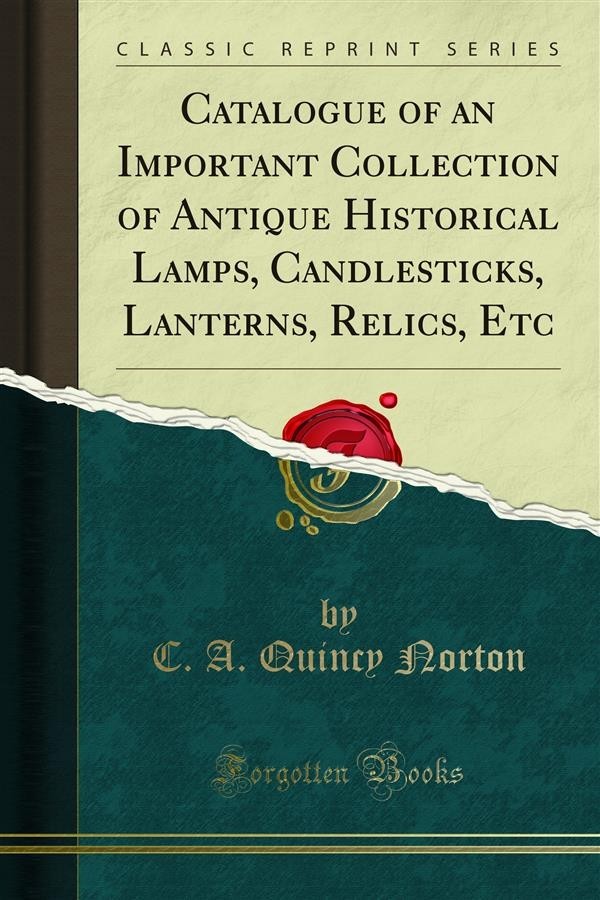 The collection is particularly rich ln American, English and German pewter, the American portion including pieces by Gleason and Boardman, and a small graceful specimen from the home of Josiah Quincy which, according to a family tradi tion, came from the famous workshop of Paul Revere, in Bos ton. Among the pieces of English pewter it will be noted that several bear hall — marks, which is of extremely rare occurrence. There 1s also a German pewter Horological Lamp of particular interest and value. Among the brass lamps and candlesticks are some fine ex amples of Colonial and English workmanship, of which the candlestick from the old U. S S. Constitution is a very beau tiful ex'.ample The collection also includes rare specimens in iron, tin, glass, bronze and clay, of particular interest among the latter being an early dutch-american pottery lamp and a piece of Italian Majolica.