The Technique of the Photoplay 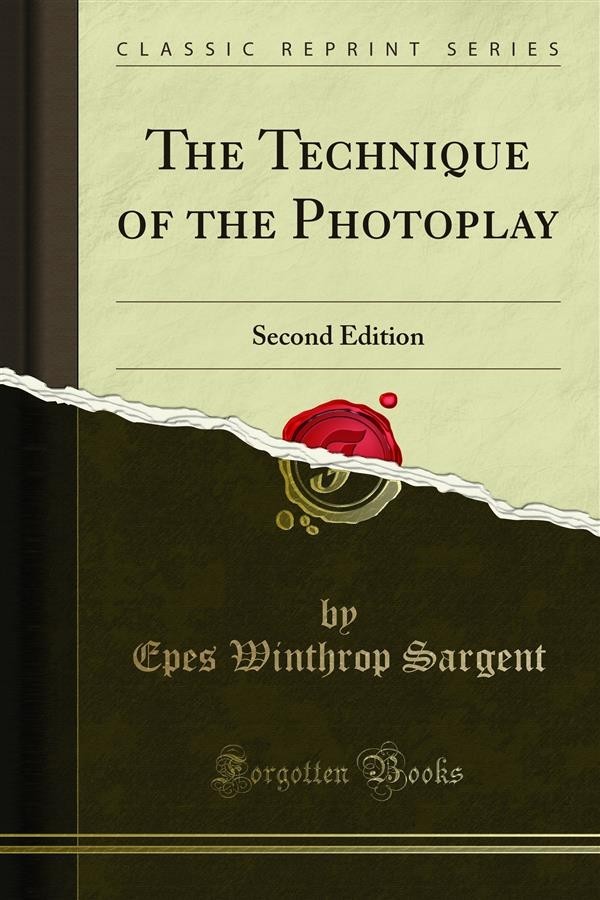 The Technique of the Photoplay

A series of incidents, closely connected, leading from a start to a definite ending, is a story when told in words. If it is. Told in dialogue form with appropriate action and gesture, it becomes a play. Done in action and gesture, but without words, it is a pantomime, but pantomime as it is understood on the stage, is not a photoplay. The pantomime of the stage employs a language of its own. Certain gestures mean certain things, and pantomime is told In a sort of sign language, not understood by many in America, but intelligible to most European theater goers Photoplay has no arbitrary gestures. The photoplayer who asks for food, stretches his hand toward the spread table and looks more or less appealing, according to the circumstances in which he finds himself. The pantomimist would Open his mouth and point down his throat with the first and second fingers of his hand. If it were drink that he desired, he would use the thumb, extending from his clenched fist, instead of his. Fingers. In — the early days, copying the work Of the French producers, this elementary language was employed in part in the making of the motion picture plays of that period, but as the art advanced, the stilted, arbitrary and unconvincing language of pantomime was replaced by natural gestures and actions. Photoplay, In a word, is not an adaptation Of another branch of literary work, but is possessed of a technique all its Own. There are, of course, the broad basic rules of literary construction and dramatic development, applicable to all forms of literature, whether written or verbally expressed, but in the past few years the art of writing photoplays has become possessed of a tech nique that is applicable only to the writing of picture plays and to no other form.