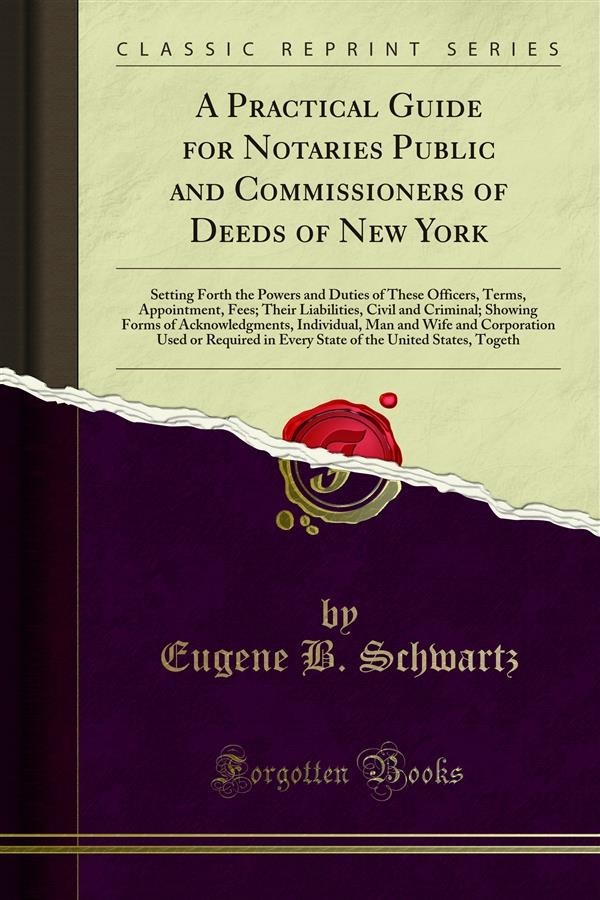 In our state, New York, the first act in relation to notaries was passed in 1815. The first statute creating the Office was in 1823. Up to 1859, the duties of a notary -consisted of drawing and copying protests on promissory notes or bills of exchange drawing and copying of affidavits. In 1859, their powers were broadened by allowing them to administer oaths and affirmations and to take proof and acknowledgmentof deeds, mortgages and other papers. Their term was for two years from the date of appointment. In 1869, a rule was adopted whereby the term of all notaries commenced on March 3lst, and ended March 30th, two years thereafter. There are to-day, in the City of New York. About twenty thousand notaries and commissioners of deeds. In 1829, they numbered less than one hundred.