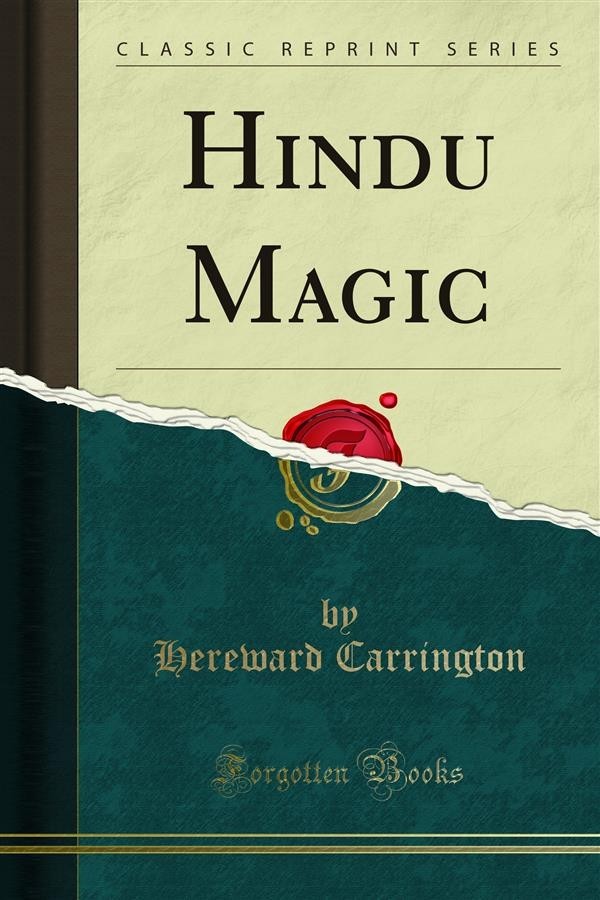 So far, I have described only one method of performing this mango-tree trick, and there are several other methods, which I shall now briefly enumerate — since the method above described is the one in general use, without a doubt. Another very good method, however, is the following, which was first made public, if I remember rightly, by Mr. Charles Bertram, the conjuror, to whom I am indebted for the secret, in this ih stance. In this case the conj uror makes his mound of earth as in the last instance, and has a prepared seed, which he exchanges for an examined seed at a convenient moment. The seed in this case is, however, prepared in a slightly different manner. It is split in two, and emptied of its contents. Then one end of it is wedged open by means of a small wedge of wood, and several small pieces of string are inserted into the other end, which, when hanging down from the seed, after being placed in the mud, exactly resemble roots. The seed is then fastened together, so that the two sides or halves will not fall apart. This seed the conjuror exchanges for the examined seed at some convenient moment, and this is the one placed in the ground.