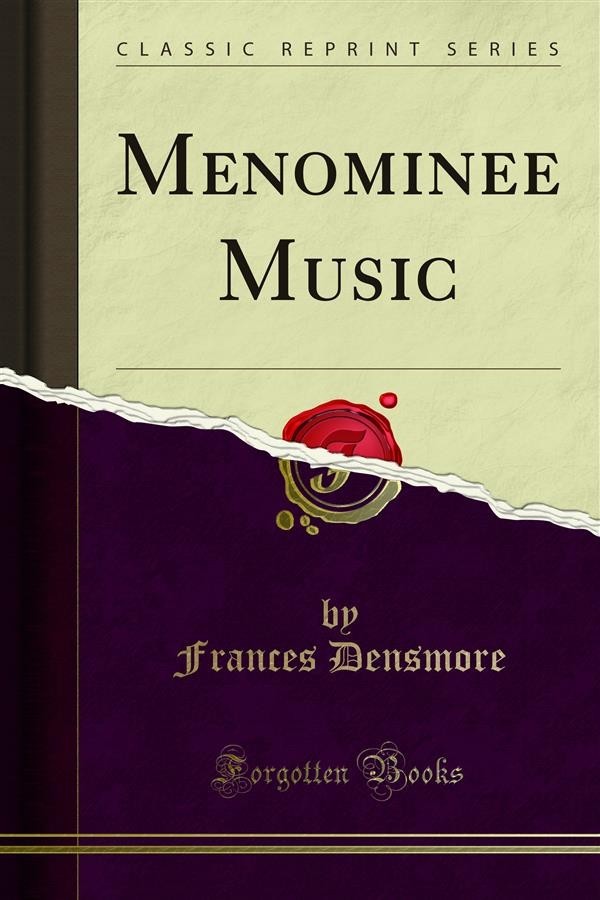 The writer visited the Menominee in 1910 in connection with a study of the drum-presentation ceremony of the Chippewa, witness ing that dance on the Menominee Reservation. Numerous songs used by the Chippewa in that ceremony were recorded. In the recent work, the same ceremony was studied among the Menominee and its songs recorded, according to the usage of that tribe. The Midewiwin (grand Medicine) of the Chippewa had previously been studied and its songs collected. During the work among the Me nominee a meeting of the Medicine Society was attended and its songs were found to resemble the Chippewa Grand Medicine songs so closely that the Menominee songs of the Medicine Society were not recorded. One purpose of the present work was to determine the resemblance, or lack of resemblance, between Menominee and Chippewa songs. The result of the work shows that such a resemblance exists in a majority of the songs. A similar resemblance to Sioux songs was not observed. The environment of the Menominee resembles that of the Chip pewa in its lakes and pine trees; but the forests are more extensive than in the Chippewa country and there are rushing rivers and streams with rapids and waterfalls. Acknowledgment is made of the services of J ohn Valentine Satterlee (pl. 2, a), who acted as interpreter in 1925. His wide acquaintance among the Indians and his experience as an interpreter added to his value in that capacity. Grateful acknowledgment is also made of the courtesy of the Public Museum of the City of Milwaukee in furnishing and permitting the use of photographs of interesting speci mens in their possession, and to the Museum of the American Indian, Heye Foundation, for supplying a photograph.