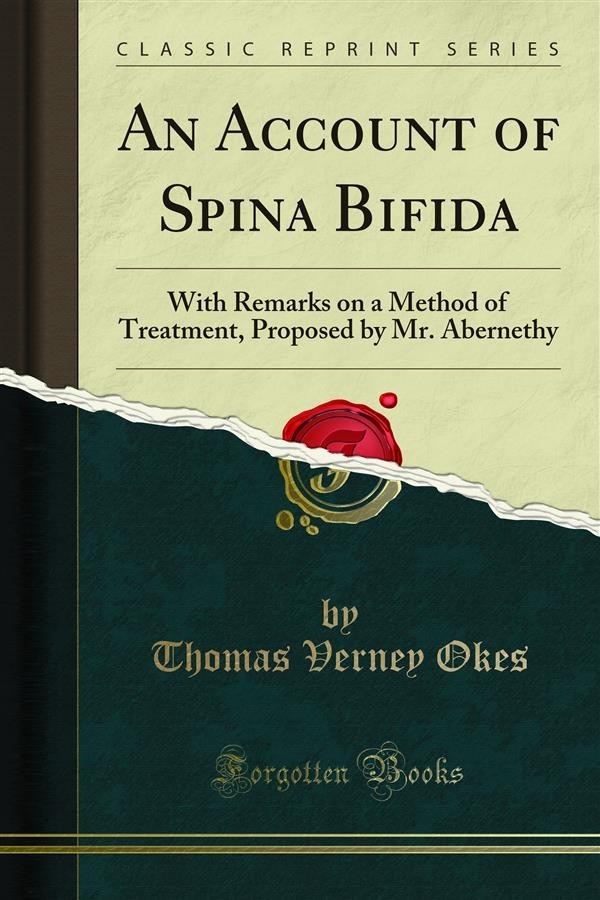 For a considerable space, and the opening will be found covered only by a very thin, tender skin, and so transparent, that the contents may be seen through it and this covering is doubtless a production of the duramatral coat of the medulla spinalis; but this will be noticed when the treatment of the disease comes under consideration. Sometimes, how ever, the common integuments are perfect, and of their naturai thickness and opacity. From the difference in the coverings of the tumour it may be distinguished into two sorts, the tram parent and opaque. The tumour which is formed contains a clear ﬂuid, like the lymph found in the lateral ventricles of the brain, and hence, the disease has acquired the name of Hydro rachitis, a name which I am inclined to adopt in preference to Spina bifida, which expresses no more than that mal-conformation of the spine which gives rise to the disease. There is another shape under which this disease appears, and that is when there is no deficiency in the formation of the vertebra themselves, but where the ﬂuid and the 'duramatral coat is forced through a small separation of the spinous.