An Experimental Study of Silent Thinking 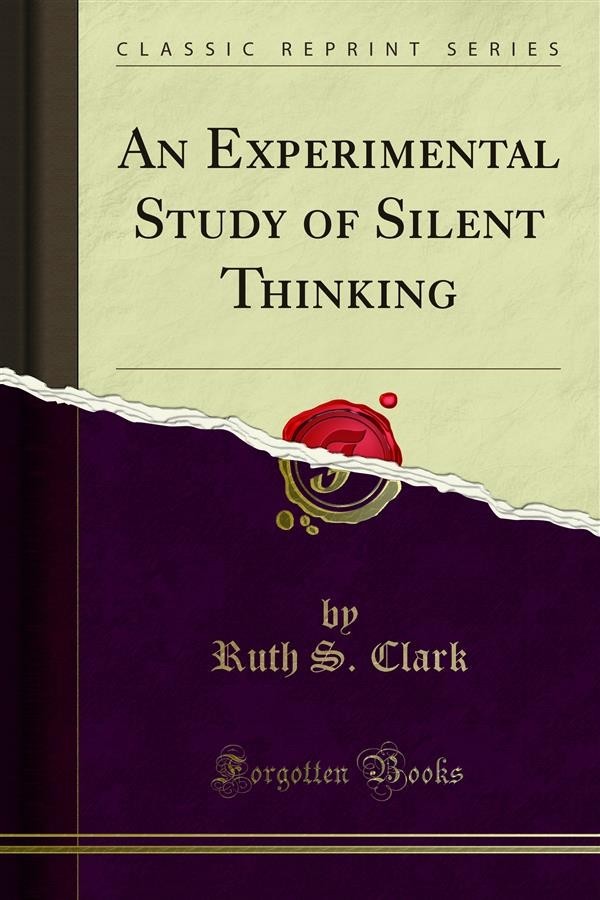 An Experimental Study of Silent Thinking

Similar results were simultaneously obtained in this coun try from the experimental work carried on by Woodworth.1 His subjects were asked questions which were considered difficult enough to stimulate real thinking. Ordinarily the subjects were asked to give their retrospections at the com pletion of their solutions, but frequently the experimenter interrupted them before they had reached their conclusions, asking: Any visual pictures? Any words heard? Any feelings of bodily movement? From the study of these results and from his own introspections, Woodworth con cluded that thinking contains elements wholly irreducible to sensory terms. Frequently the content of thinking was merely a particular feeling of the thought in question, a state of mind apparently identical with Buhler's Gedanke. In describing one of his own thought processes, Woodworth was even able to add: When thought is really effective, when some new insight is gained, the words are absent, though they soon come tagging after.