Narrative of the Life and Adventures of Paul Cuffe, a Pequot Indian 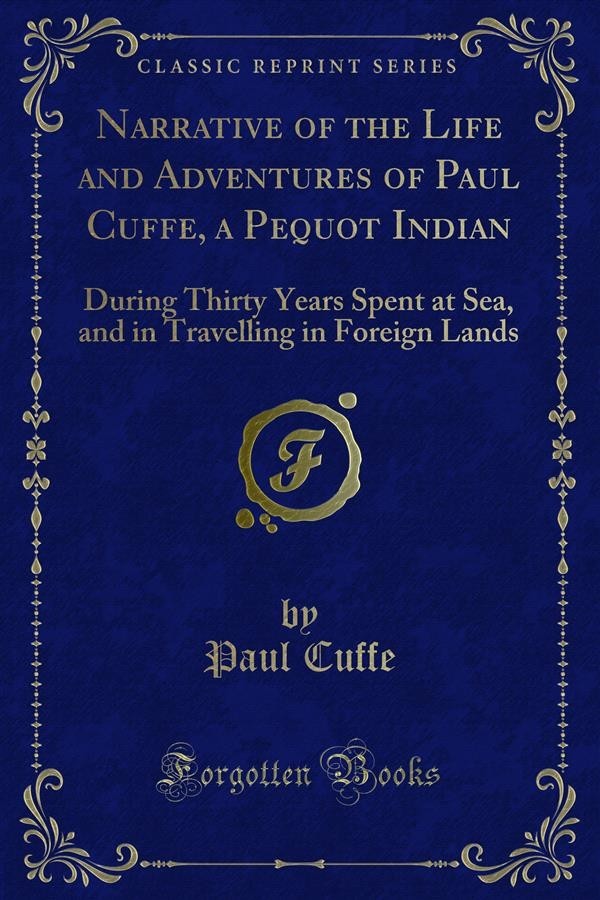 Narrative of the Life and Adventures of Paul Cuffe, a Pequot Indian

Here we commenced fishing for whale, but for a time barf bad luck, owing to the drunken habits of our Captain. We, simk twelve whales before we caught one. Then we caught six in the course of two weeks. I harpooned all these, and assisted in taking and towing them along side the ship. After we get 'a whale along side, we hitch our blubber hooks intothe head, after severing it from the body, then, with our Windlass, draw it aboard, and dip the oil out, which sometimes amounts to more than fifty barrels. After this we, commence cutting the whale in a circular manner with our spades; then we hitch the blubber books into the commencement next to where the head was taken off, and by pulling at the Windlass, take off a targe piece which will usually when tried and strained, produce ten barrels of Oil. Before heaving on board this piece, another hook is fastened below the one to be taken off; when this is done with a cross blow from the spade, the first piece'is'sepao rated from the rest of the whale. Then the cutting is contin ued in the same manner as before mentioned, and another piece torn off and swung aboard. This operation keeps the whale constantly rolling over until themass of flesh is stripped from the carcass, which is then permitted to ﬂoat off, or sink, and it becomes the sport of sharks, who feed upon the little ﬂesh which remains after it has gone through the hands of the whalemen. Here we stayed but six weeks before we took in 1690 bar 'rels of oil. This was about 300 miles off the Brazil coasts-l 'from this place we set sail with our cargo about the middle of June 1813, for New Bedford, where we arrived in fifty-seven 'days. When 03 Block Island we saw the keel 'of a brig; up on which were marked the names of a number of persons who undoubtedly belonged to her and had died Upon the wreck.