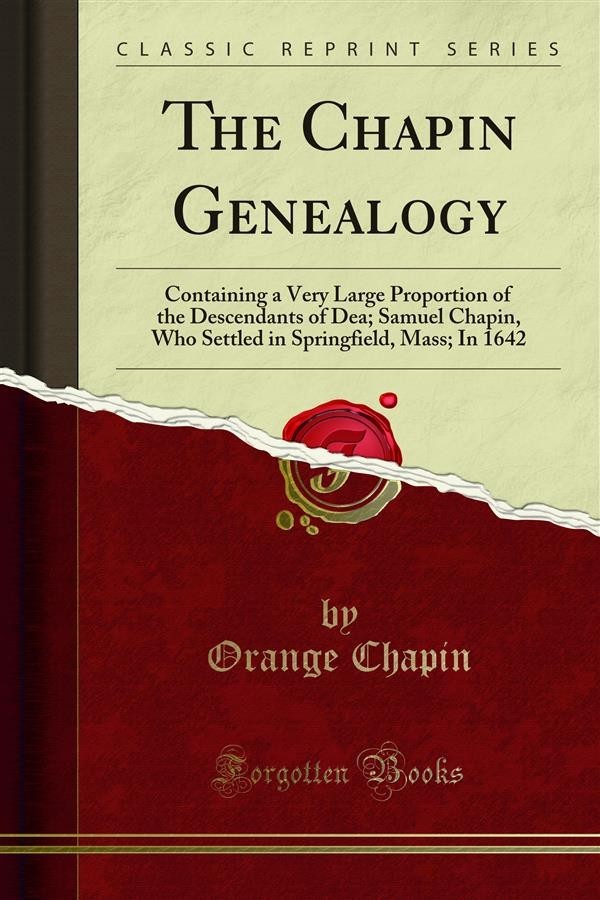 In the following work I have said but little respecting the history of the church in Chicopee, or of its religious institutions, or the religious character of the people, as the Rev. E. B. Clark has done that in his centennial discourse. Persons who have had no experi ence on the work of a genealogy, can form but a faint idea of the labor of collecting, arranging, and carrying through the press a gen ealogical work. But if the following work shall meet the approba tion of the compiler's numerous friends, he will feel highly gratified, and will not regret the labor he has bestowed upon it.