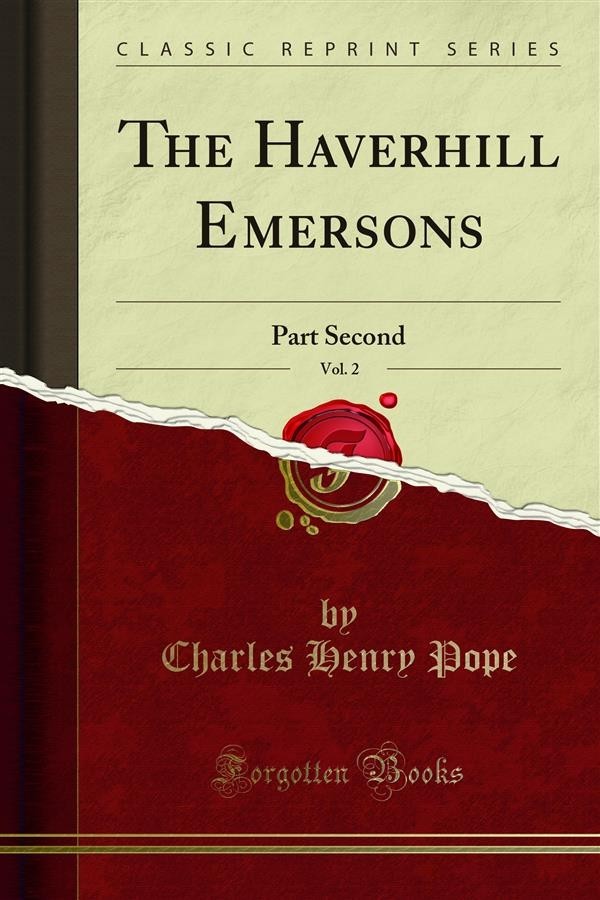 IN presenting this Second Part of the Haverhill Emer sons, the compiler would ask all readers to note a few points: Firstly, that he has made use of all available means of gathering and arranging the materials here presented, and assures the family that the book gives no fanciful dreams and ambitious theories, but information sought out with rigid care and presented as simply as possible. He has avoided the long-drawn descriptions and dissertations with which some authors have attempted to impress their readers, and preferred to leave some things unsaid, or very brieﬂy told, which are capable of many words. He has framed the work for generations to come as much as for the first readers. Secondly, he has found many obstacles in the way of making a perfect genealogy. Some of these are the in difference of hundreds of Emersons to whom circulars and letters have been sent, who have delayed for months or altogether failed to reply; the hasty statements of some. Whose dates and names have differed from the records of towns and cities and have differed among members of the same immediate family; and, hardest task of all, the difficulty of distinguishing between the two great family groups, the Haverhill and the Ipswich Emersons.