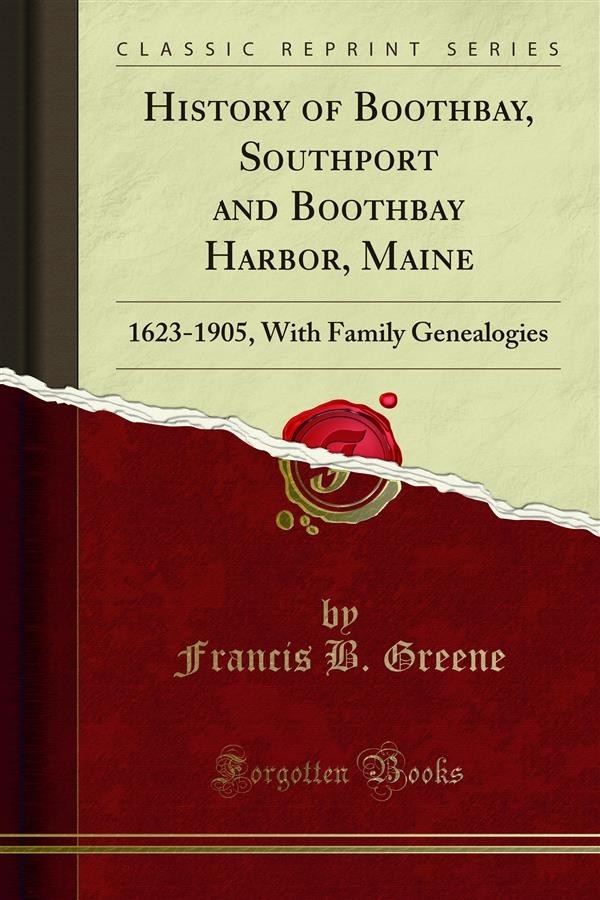 Following this, at my request, each town voted to permit its clerk, at his discretion, to allow me the use of such records as I might want in the prosecution of the work, to be taken to my own home. This has been of great value and convenience to me. In 1904, at the annual meetings, each town voted to contract with me for a certain number of copies of the work; Boothbay and Boothbay Harbor taking 400 copies each and Southport 100 copies. These votes were nearly unanimous in each town. As one might reasonably expect among any population, on any subject presented for consideration, there has been some indifference, but I have noted no real hostility. The object of the work simply has not appealed to some people as 'it has to others. When this view of humanics is taken it can easily be explained. Tastes differ and human inclinations are unlike. Authors of other town histories have complained that the adverse criticisms upon their work came almost entirely from persons who had assumed an indifferent attitude and rendered no assistance while it was progressing. I trust I may be saved these unpleasant experiences by requesting those who have not responded to repeated invitations to lend a helping hand in this work to be as inactive in criticism as they have been in assist ance.