Wanderings in the Great Forests of Borneo 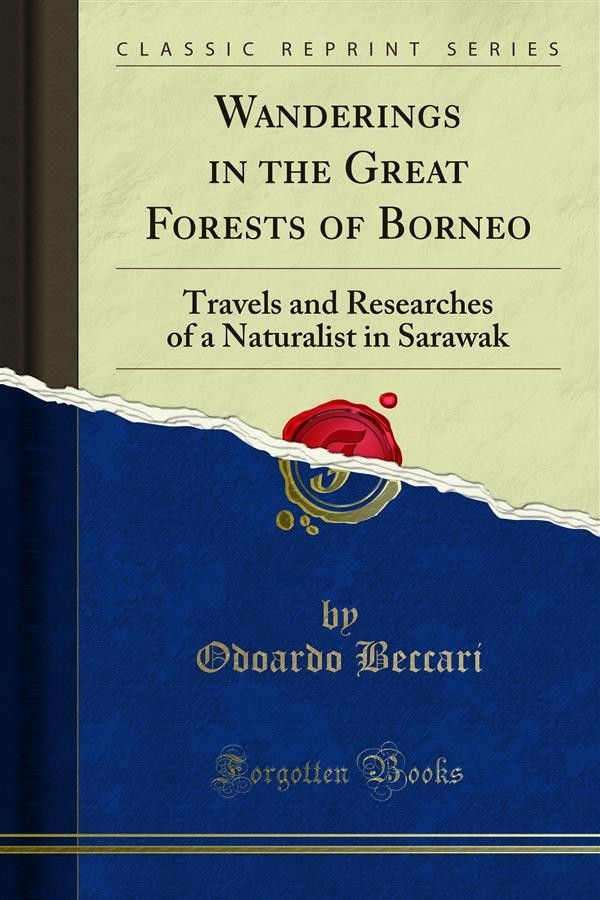 Wanderings in the Great Forests of Borneo

TO naturalists generally, but especially to botanists, the author of the following pages stands in no need of introduction. His work in Borneo,which he here describes, was but the prelude to many years of travel and exploration which have found expression, in so far as regards their scientific results, in the pages of various Societies' publications, and the shelves and drawers of the great museums of Italy and other countries — a monument alike to the author's botanical and zoological knowledge and his tireless zeal as a collector. But while his name is thus familiar to the student of science, notably to those who have made the fauna and ﬂora of the Eastern Archipelago a special subject of research, it is probably less so to what an old translator once contemptuously described as the mere English reader, or — as it would nowadays be phrased the man in the street. To the latter it is only necessary to say that no one is more fully qualified to act as guide to the great island amidst whose primeval forests he wandered for so long. Whether the scientific reader does or does not admit the validity of all Dr. Beccari's theories concerning Species-formation, he cannot call in question his abundant experience of the country, or his know ledge of the subjects of which he treats.