A Handbook of Ornament 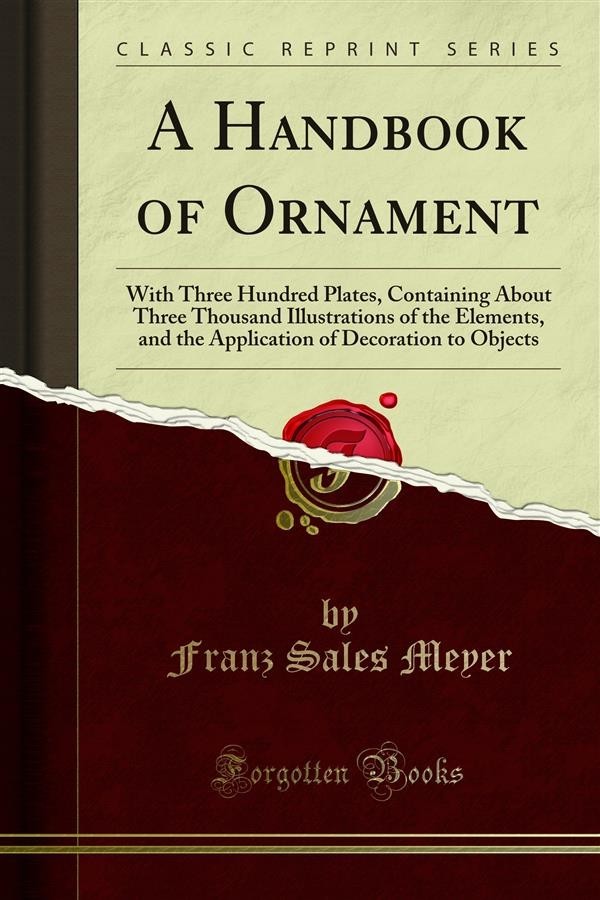 A Handbook of Ornament

Division III, shows the application of decoration to vase-form, metal objects, furniture, frames, jewelry, heraldry and writing, printing, &c. Further details, as to the groups and divisions, will be found in the Table of the Arrangement of the Handbook which follows this introduction. The illustrations, numbering almost and comprised on 300 full-page plates, represent the styles of the most various periods and nations. A comparatively large share of attention has been devoted to the Antique, because it is in that Period that form usually finds its clearest and most beautiful expression. Next to that in impor tance is the Renascence with its wealth and freedom of form. The space, devoted to the creations of the Middle Ages, is more limited. From the styles of the Decadence, only a few examples have been admitted, for the sake of comparison and characterisation. Modern times, as a rule, have only been taken into account, where forms arose which do not occur in the historic styles. The illustrations have been partly taken direct from the originals and partly as was almost unavoidable — reproduced from other Books; for the leading idea of the present work is not to offer anything new, but to arrange what is already known, in a manner suitable both to the subject and to the aim of a Handbook. Where the author was acquainted with the source, which he regrets was not always the case, the authority has been mentioned in the text.