History of the Town of Abington, Plymouth County, Massachusetts, From Its First Settlement 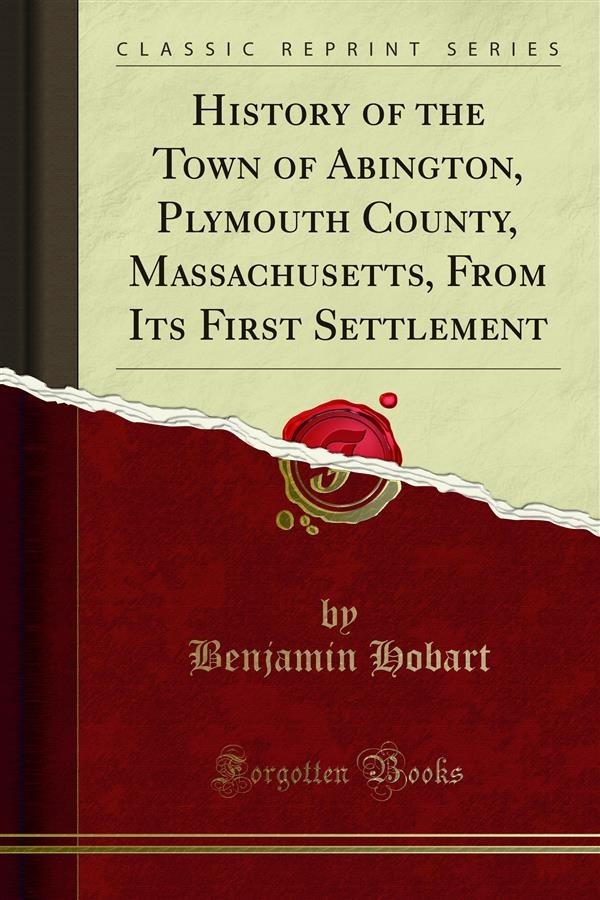 History of the Town of Abington, Plymouth County, Massachusetts, From Its First Settlement

At the commencement of the work, I had no idea of the labor and time which it would require to finish it. It may interest the friends of the undertaking, and citizens generally of the town, to know that I have had the whole book stereotyped, and all the engravings electrotyped; so that hereafter new edit-ions can be issued, errors can be corrected, new pages Substituted, and, if need be, revised and enlarged; chapters that may have become obsolete, may be excluded, and new ones introduced in their place. Also, new memorials of families, new items of historical facts, and new engravings of family residences and public buildings can be added. There is a large proportion of the contents of the book which it would not have been possible to get at a much later period. I refer to the information obtained from aged persons, in respect to the first settlement of the town, means of support, customs and manners of the inhabitants, and modes of living, progress of improvement, &c. I should have lost much that is valuable in the book if a few very aged persons had been taken away before I commenced it. The Memorials were aided much in their composition in this way. In writing the History, I have availed myself of all the sources of information which I could well command, without deeper researches than I had time and means to make. I leave these to future antiquarians. What I have done will, I think, aid them in what remains to be done. I have made much use of An Historical Sketch of Abington.