The Construction of Mill Dams 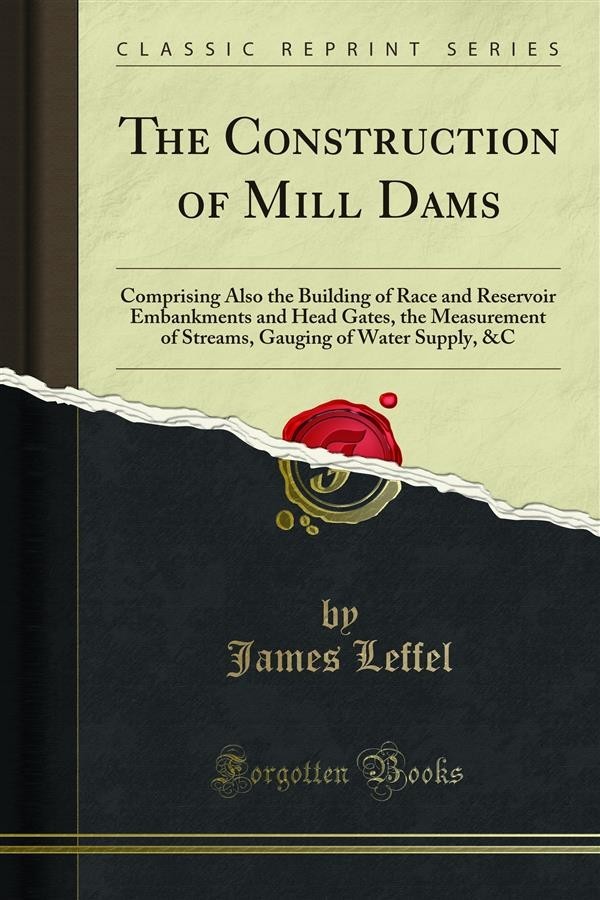 The Construction of Mill Dams

The household proverb that Fire is a good servant, but a bad master, is true in an almost equal degree of water, its opposing element. Under the intelligent control of man, the power of water is one of the chief instrumentalities in promoting human comfort and spreading the blessings of civilization. The uses to which it may be turned are so various, and the products for the manufacture of which it is a serviceable agent are of such manifold forms and min ister to so many wants of our nature, that the country which is possessed of abundant water power is looked upon as especially favored by Providence. But this invaluable servant, if once it bursts over the bounds which have been set for its action, becomes a destructive scourge, laying waste the very fields whose tillage it had made profitable and bringing to poverty, in an hour as it were, a whole community, whom until then it had sustained in prosperous industry. More than one such instance occurs in our own memory and doubtless in that of every reader, where an insignificant stream along whose banks thousands of men, women and children have earned for years a secure liveli hood, has risen in its might and swept away with its swollen torrent all the fruits of those years of labor, often not sparing even the life of the laborer himself, and in a single day inﬂicting damage which a generation may not see repaired.