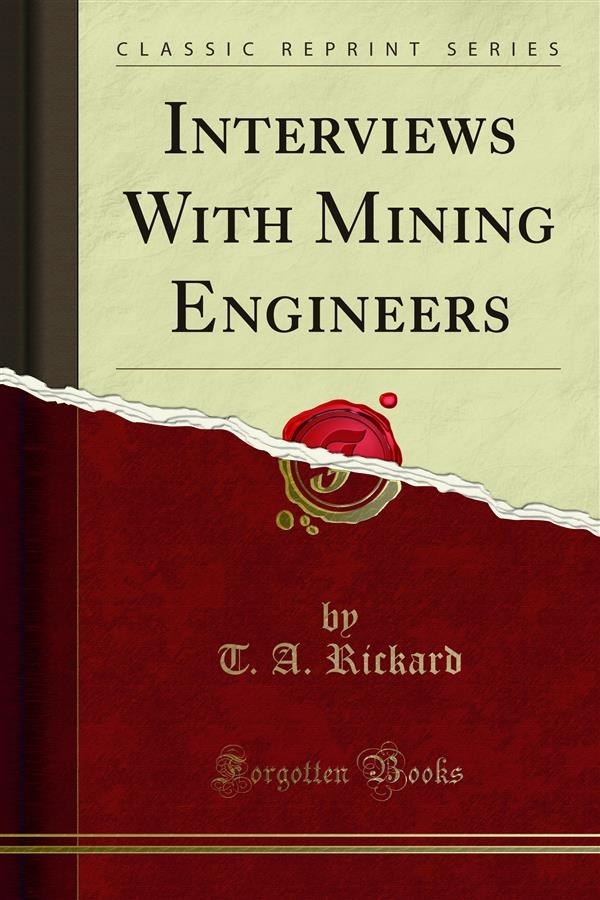 This book is a reprint of my interviews with leaders of the mining profession, together with editorial appreciations written by me in the 'mining and Scientific Press', in which the inter views were published. The last interview, of which I am the subject, appeared in the 'engineering and Mining journal-press'. Together with the 'apologia'. The publication of this series of interviews and biographic articles has been prompted by numerous suggestions to the effect that they deserved to be collected in more convenient and more permanent form. They ought to help the younger men. And they will. I hope. Interest the older ones. Since they were started three of the subjects have crossed the range: Hennen Jennings, Anthony F. Lucas, and Philip Argall. I am glad to have been able to say something kind and true about them before they went beyond. The interviews are better than obituaries in recording their achievements and in perpetuating their reputations. No changes have been made in the text, so there are a few repetitions. These do not matter. It seemed to me best to make no change, for the interviews are genuine; they are the stenographic record of what was said in these orderly conversations. I have sacrificed literary excellence to genuine ness, which I hold to be the more valuable.