The Canarian, or Book of the Conquest and Conversion of the Canarians in the Year 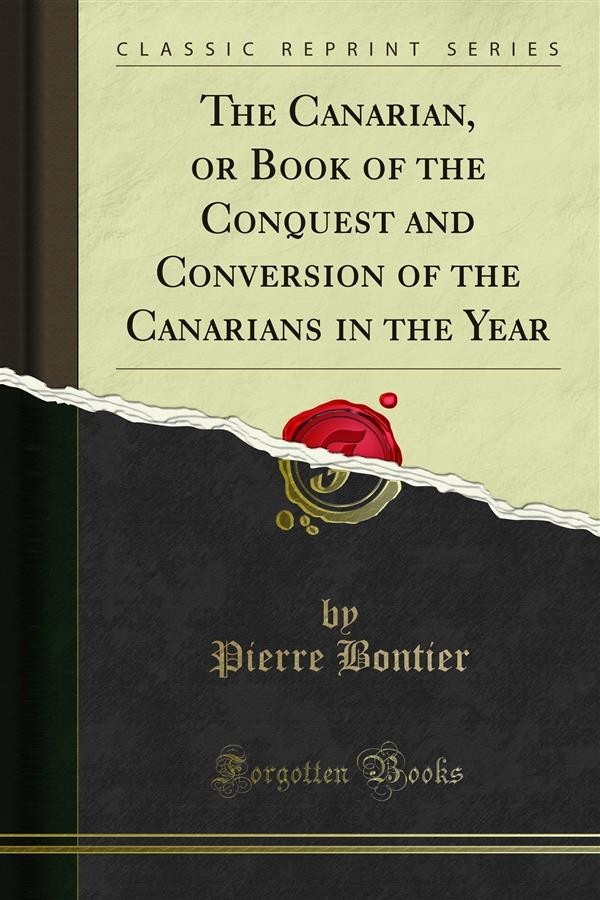 The Canarian, or Book of the Conquest and Conversion of the Canarians in the Year

Spaniards and the Crenoese not unfrequently visited the Canaries for goat's-ﬂesh, making their way by the west coast of Africa down to Cape Cantin, and so by a short traverse to Lancerote or Fuerte ventura. And while it is true that in this expedi tion originated that colonisation of the Canaries from which sprung their present European popula tion, yet it is not correct to suppose, as hitherto it has been generally asserted, that the principal islands of the group then received for the first time the names which they at present bear. But in order that the reader may form an idea of the true position and value of this expedition in the history of dis covery, it will be necessary to take a brief survey of what had been previously known of these islands. In the poems of Homer the ocean is treated as a river beyond which at the earth's confines were the Elysian fields which Hesiod and Pindar made to be surrounded by water, so that the habitations of the blest were transformed into islands, and hence, pro bably, originated the name of the Insulae Fortunataa or Fortunate Islands. On this point Strabo says, lib. 3 The poets make mention of the Islands of the Blest, and we know that even now they are to be seen not far from the extremity of Mauritania, Opposite Grades (cadiz). Now I say that those who pointed out these things were the Phoenicians who.