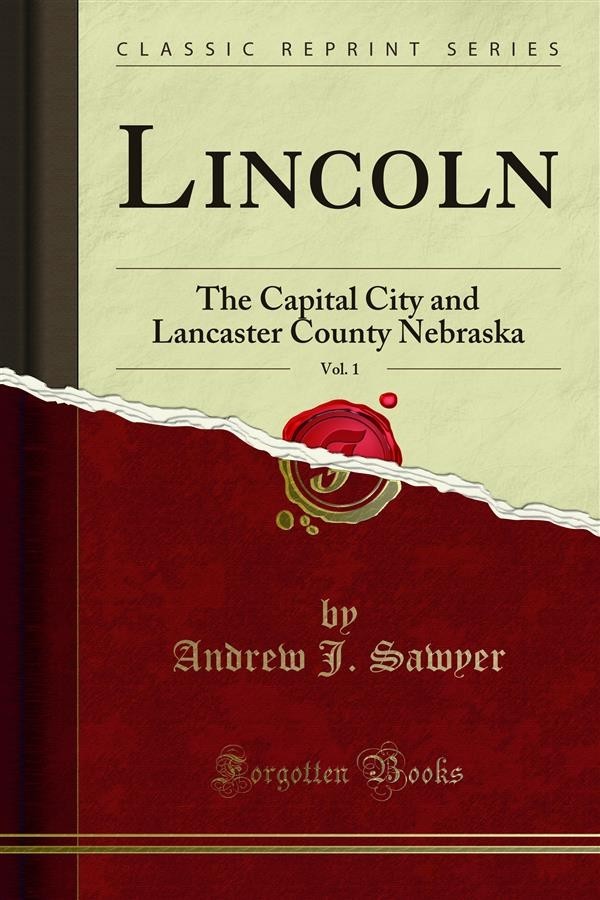 The history of a community is, in many respects, particularly the pioneer history, a story founded upon tradition. It is a well known fact that the records of the days of long ago have not been properly preserved. In the beginning of Nebraska history, as recorded by white men, and also that of Lancaster County, settlements were miles apart. This was a country of long distances, without the telegraph and telephone to shorten the leagues. The pioneers traveled in the saddle, upon wagons or on foot and thought nothing of it. It is after one gains a luxury that he thinks it indispensable. The motive of the Easterners in coming to this trackless prairie was purely an economic one. The exodus to the Great -'vest occurred when living conditions became undesirable or unprofitable in the East. The men who have attempted the task of preparing a history of the city of Lincoln and Lancaster County, Nebraska, have endeavored conscientiously to perform the work and to secure facts which are creditable to the present genera tion and which should be recorded for the benefit of the generations yet to come. The biographical volume should be especially interesting in future decades to those whose ancestors have made history in the past. The teachings of the fathers and pride in their achievements have been mighty factors in the world's advance ment. The pioneers who builded states were not the products of chance, but came from strong and vigorous ancestry. That, in this history, much has been omitted which should have been preserved is probable; that some statements have not been sufficiently extended is likely; and that some generally accepted facts may not accord with individual experience and preconceived notions is possible; but the men who have prepared the work have done the best they could with the means of knowledge at hand.