Creek Confederacy, and a Sketch of the Creek Country 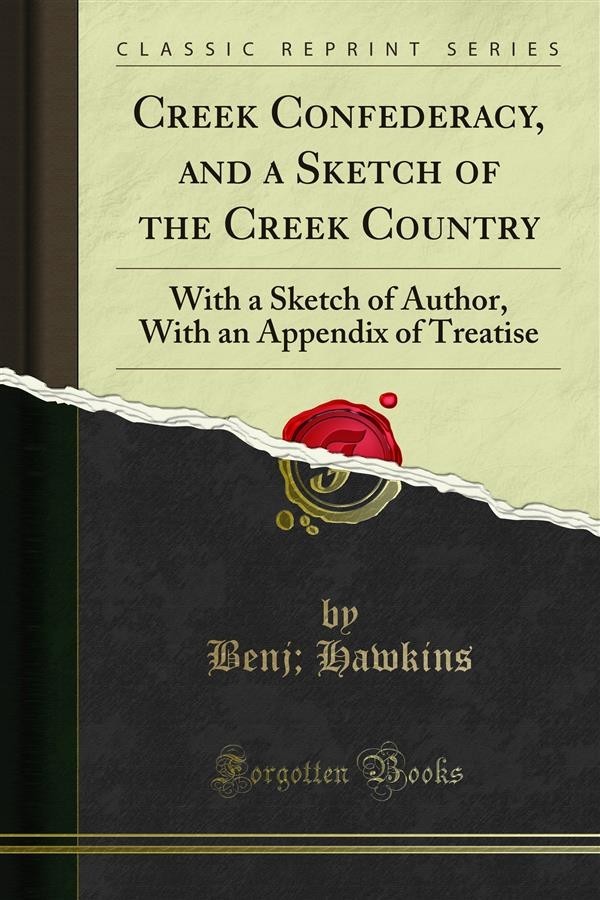 Creek Confederacy, and a Sketch of the Creek Country

The eight volumes of manuscripts, in possession of the Society, attest the industry and enlightened zeal of the author. He has preserved and transmitted to us, his talks and treaties, made with various Indian tribes; his corres pondence with the General Government and With State authorities vocabularies of aboriginal languages, and invaluable records of the manners, customs, rites and civil polity of the tribes. It is reported, that many valuable papers of Mr. Haw kins have been irreparably lost to the world, by the burn ing of his residence in the Creek country. The present manuscripts, it is supposed, have been preserved by their having been submitted to the Governor of the State, at Milledgeville, for his perusal. Colonel Hawkins was still living in the year 1825. In that year, these volumes were in Savannah, under the charge of Mr. Joseph Bevan, who had been appointed by the General Assembly tor collect, arrange and publish, all papers relating to the original set tlement or political history of the State. I learn this fact from a published report of his, made to Governor Troup. At the decease of Mr. Bevan, they were prob ably returned to the executive department at Milledge ville. At the institution of the Historical Society, a for tanate accident brought these valuable papers to the knowledge of J. K. Tefi't, Esq., the corresponding secre tary of the Society, and the actual cashier of the Bank of the State of Georgia, at Savannah. At his pressing in stance, in favor of the Society, they were solicited and obtained, for the Society's library. It is a singular fact, unparalleled in this age of printing, that there are five copies existing, of this Sketch of the Creek Country. The most plausible motive for this cu rious multiplication of written copies, was the desire of speculators in Indian lands, to learn the topography, re sources and character of the Creek country.