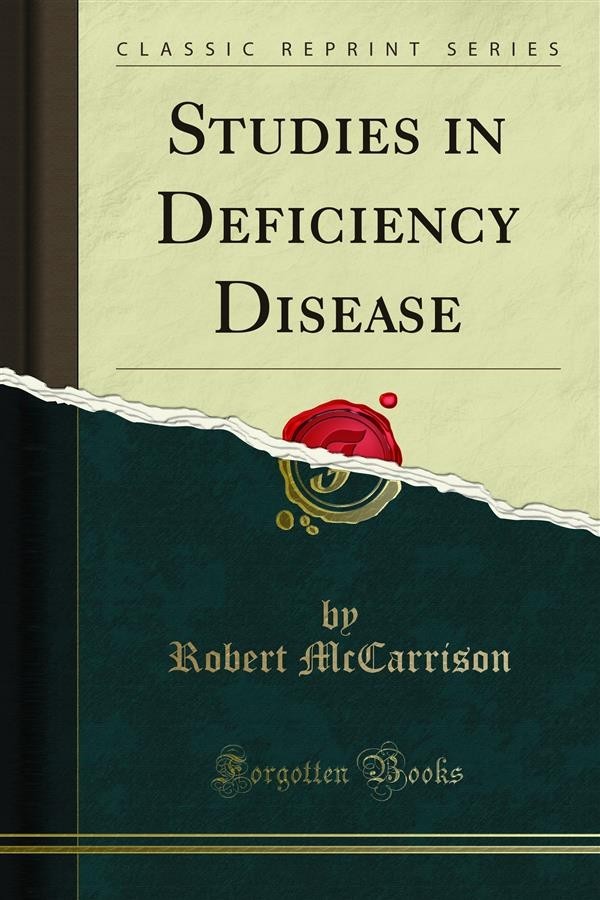 Other factors also, such as age, sex, individual idiosyncrasy, rate of metabolism, fatigue, cold, insanitary surroundings, overcrowding, the varying susceptibilities of different individuals, of different organs, and of the same organs in different individuals, all play a determining part in the production of the morbid result of food deficiency. SO it is that in practice the manifestations of deficiency disease are inﬂuenced by a number of factors apart from the actual food fault. It may be expected, therefore, that wide variations in the incidence, the time of onset, and the Character Of the symptoms will occur in human beings in whom the dietetic fault has been to all appearances the same. My investigations have so far been concerned with this wider aspect of the effects Of food deficiency. For I have thought it well to make a general survey of this largely unexplored territory of disease before attempting more detailed studies. Indeed, however important it is to be in a position to compare the effects Of different food deficiencies in order to learn what is peculiar to any one, it is, in the present state of knowledge, of still greater importance to be aware of the extent and variety of the morbid change to which food deficiency in general may give rise, Since this knowledge can at once be applied in practice. For whether these Changes are the result of a peculiar deficiency or of several, they are amenable to the same remedy the provision of a well-balanced food Of good biological value and rich in vitamins Of every class.