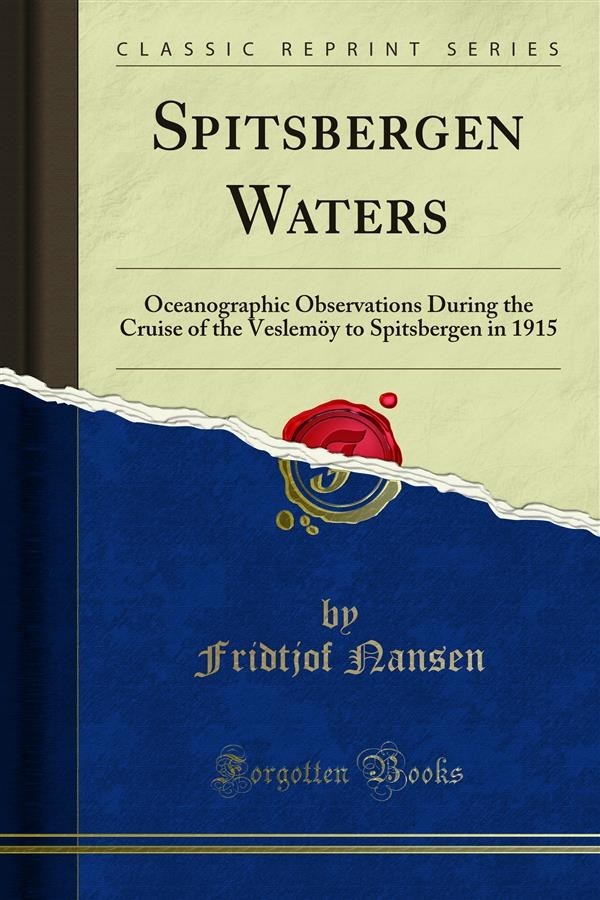 On August 131h we sailed northwards, hoping to reach the deep water to the north of Spitsbergen, but unfortunately we were stopped by the ice in about 80° 39' N. And 17° 14' E. (stat. East of this place, however, at Stat. 36, we found a depth of 620 metres, being obviously in a submarine channel passing from Hinlopen Strait across the submarine platform into the North Polar Basin; and the water near the bottom of this channel was evidently of the same kind as the deep-water of the North Polar Basin. We now had to return, there being no prospect of getting farther north, as the ice was drifting rapidly southwards. We went again west-l wards, and made a new attempt to penetrate northwards, north of the north-western corner of Spitsbergen; but in 80° 29' N. And about 12° E. We were stopped by tight ice at Stat. 41. The ship was moored to an ice-ﬂoe on August 17th in the evening, and during the following two days, current-measurements and other observations were continuously taken. In the afternoon of August 19th, at p. M., the tightening of the ice-ﬂoes round the ship, and the heavy swell coming from the sea outside, made it necessary to leave the ice; and heavy gales during the following days prevented us from going into the ice again.