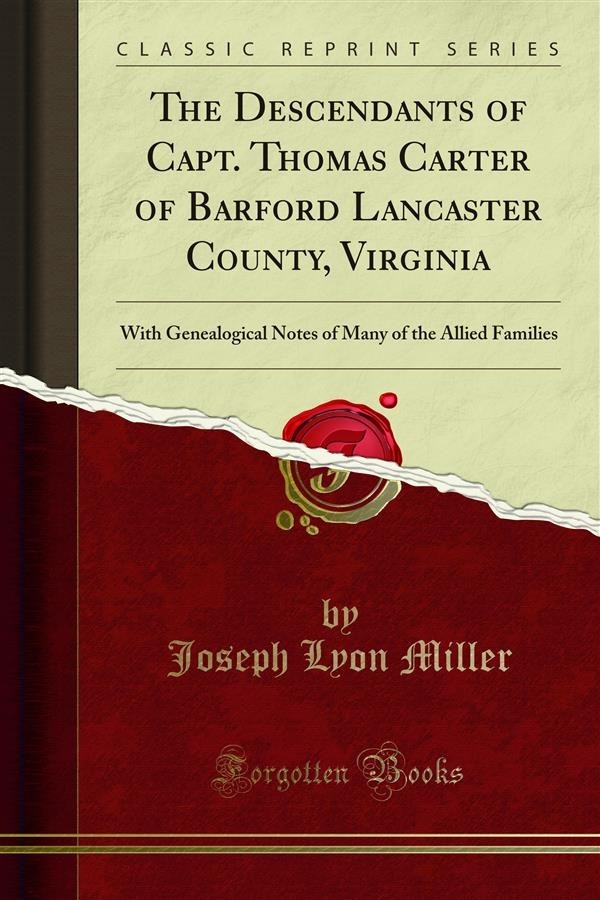 While there were a number of Carter emigrants to Virginia during the seventeenth century, but five of them seem to have been of any prominence, judging from their possessions, political preferment, etc. They were: Ist. William Carter, who patented more than two thousand acres in the county of James City between 1635 and 1640; and doubtless was the emigrant ancestor of the Carter families found in James City county and Surry and adjacent Southside counties in the next century, among whom were Dr. James Carter, of Williamsburg, about the middle of the 18th century, and Dr. Thomas Carter of the Revolution. The loss of the James City records precludes the writing of a history of this family.