Maria Monk and the Nunnery of the Hotel Dieu 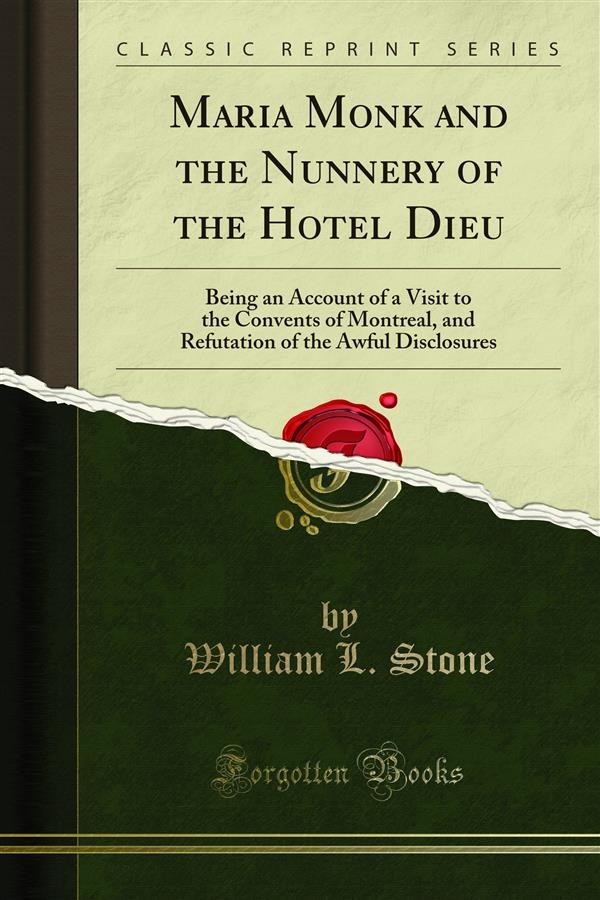 Maria Monk and the Nunnery of the Hotel Dieu

To an American who has not been abroad, and whose l/ eye is accustomed only to the light and airy towns and cities our own country, the narrow streets, and dark, massive-built stone dwellings and store-houses, erected with an eye rather to use, convenience, and comfort, than to the gratification of taste, or any correct principles of architecture, the city itself presents Tow external attractions. But its location is very beautiful. The island, upon the southeastern side of which the city is built, is formed by the St. Lawrence on the south, and by a branch of the Ottawa on the north. It is thirty miles in length, by ten and a half in breadth — constituting a very large seignory, and belonging to the Roman Catholic Seminary.