Reminiscences and Incidents of the Early Days of San Francisco 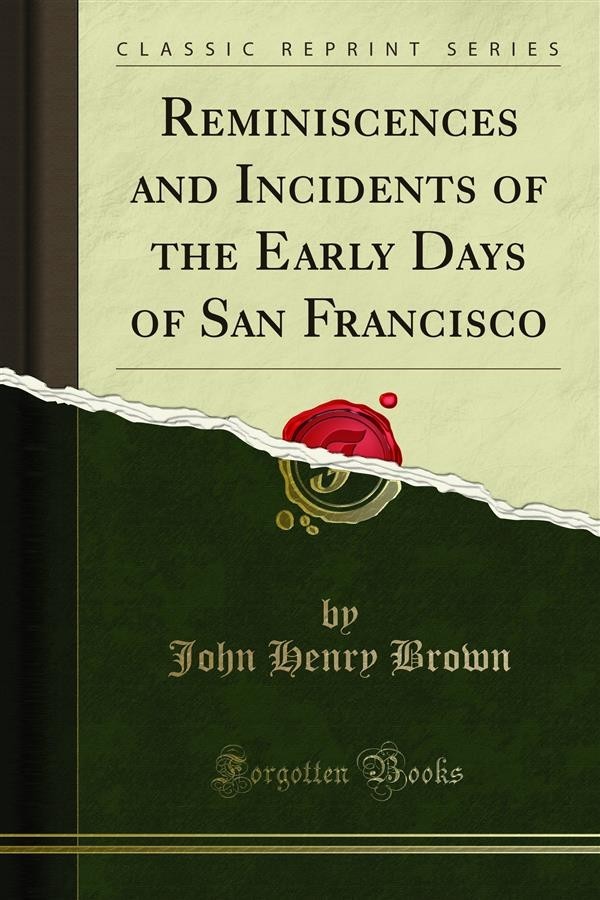 Reminiscences and Incidents of the Early Days of San Francisco

It was in the year 1843, that in company with a party of traders, I left the Cherokee Nation, for the purpose of purchas ing skins and furs of the Indians of the different tribes, and to barter for anything else that offered itself in the way of trade. This was mv third trip in the mountains, and the trading business being good that year, we secured many more furs than usual. When we reached Fort Bridger, we left what furs we had, and went farther north. Here, we found winter coming on. The weather was very cold, as there had already been a slight fall of snow. This was in the month of October. We determined to return to Fort Bridger; but, finding itim possible, made for Fort Hall, belonging to the Hudson Bay company, where we hoped to remain during the winter. Upon our arrival however, Factor Grant, who had command of the Fort, informed us, that we could not stay there, as there were already a larger number than could be accommodated; and, unless the weather moderated, they would be short of provisions themselves. We remained several days at Fort Hall, where we succeeded in making some horse trades. During our stay, a person arrived by the name of Greenwood, who was accompanied by a boy, whom he called his son.