The Examination of Witnesses in Court 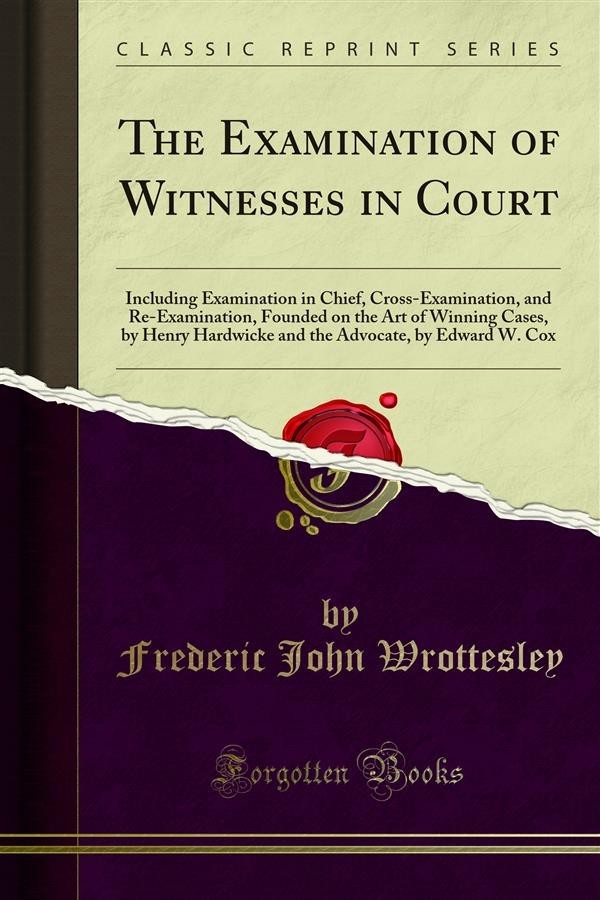 The Examination of Witnesses in Court

But on attempting to do this, I found that, in respect of discovery and other interlocutory matters, the differences of procedure, though slight in principle, were so numerous as to make the result unwieldy. Consequently I abandoned the attempt, and substituted the first chapter of the present book, which gives the beginner a rough sketch of the manner in which evidence documentary and otherwise, is obtained from opponents before the trial. Similarly with regard to the chapters on the treatment of witnesses in Court, I have been obliged from time to time to take liberties with the text of Mr. Hardwicke's work. So far as questions of policy and rules of conduct for the advocate are concerned, I have left the text practically untouched. And Mr. Cox's book, from which Mr. Hardwicke borrowed largely, was written for advocates practising in the English Courts.