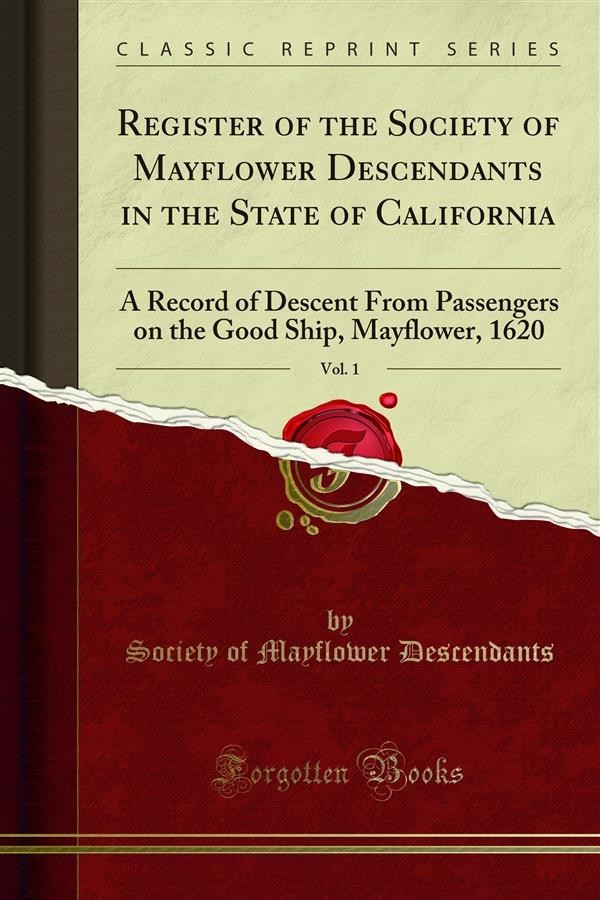 The opening of the Willamette Valley to settlement, and the discovery of gold in California in 1849, aroused the adventurous spirit of the descendants of the Pilgrims; and they formed an im portant element in the first emigrant trains across the plains, and the passenger lists of the ships and steamers which sailed for San Francisco Bay. The early settlement of new territory is often shrouded in mystery, for the demands upon pioneers leave no leisure for the making of records. Hence, this Society has endeavored to preserve in this volume some account of those of the old stock who settled the newer States — whence they came, how and when. The Appendix contains copies of records not previously printed; and it is hoped that the second volume will comprise a still larger proportion of such material. The Index includes all the names in the pedigrees and the Appendix, constituting a finding list of May ﬂower ancestry which is unusually comprehensive. Such a publication as this cannot be in general demand; but it is hoped that the support given it may justify the Society in author izing additional research, to the end that records still existing may be traced and printed before they shall be lost irrevocably. Herbert folger, Historian. Berkeley, California, December, 1916.