Some Side-Lights Upon Edward Fitzgerald's Poem 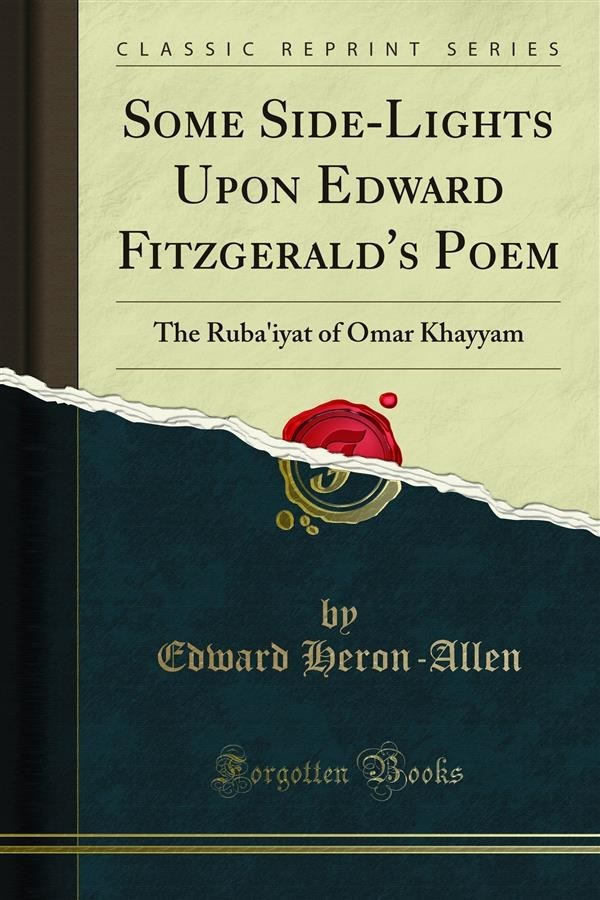 Some Side-Lights Upon Edward Fitzgerald's Poem

Of Edward fitzgerald and Omar Khayyam in every quarter of the known world where the English language is spoken by natives or colonists. Though the recent utterances of Colonel Hay, the United States Ambassador to this country, may seem even to Omar's most fervent devotees, a triﬂe exaggerated, it is not, I think, too much to say that, even in this latter half of the lgth century, when the cult of particular poets has drawn bands of men and women together and given us Shakespeare Societies, Shelley Societies, Browning Societies, and the like, there is no freemasonry so infallible, no sympathy.