Steve of the Bar-G Ranch a Thrilling Story of Life, on the Plains of Colorado 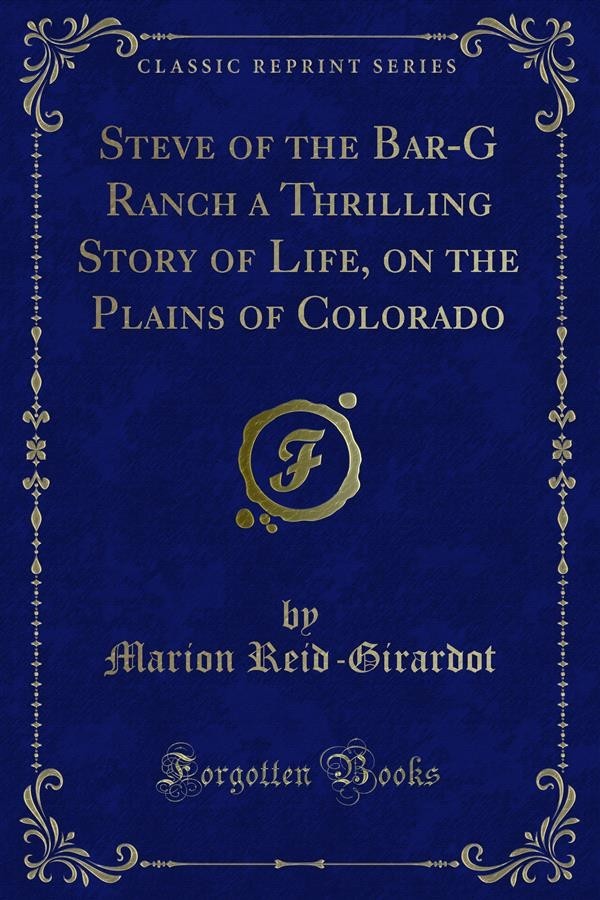 Steve of the Bar-G Ranch a Thrilling Story of Life, on the Plains of Colorado

This book is a mixture of facts and fiction, and my motive in writing it is much the same as that which prompts an artist, who seeing a splendid bit of color ing in the sky, works feverishly to transfer it to can vas before it is lost forever. The story is not a biography of any one person or persons. I have simply combined characters and inci dents as I saw fit. Some of the people I created, but most of them are taken from life, and can be met in a day's ride from Denver. However, most of the incidents actually occurred, and are only a few of the many which the cowboys encountered as they followed their hazardous occupa tion. They lived strenuous, busy lives, but through it all kept a refreshing boyishness, which enabled them to look death in the face with cheerfulness, and when they met a maiden to their liking, to woo her with impetuosity. In the cities, constant rubbing of elbows smooths down the rough edges, and brings about a certain sameness in characteristics. One person becomes much like his neighbor. But on the Plains, there was room for growth. Each was able to maintain his own. Individuality. Strong characters were developed, and many acquired peculiarities of manner and speech, which were good-naturedly ridiculed, but genially tolerated.