Military Career of Napoleon the Great, an Account of the Remarkable Campaigns, of the Man of Destiny 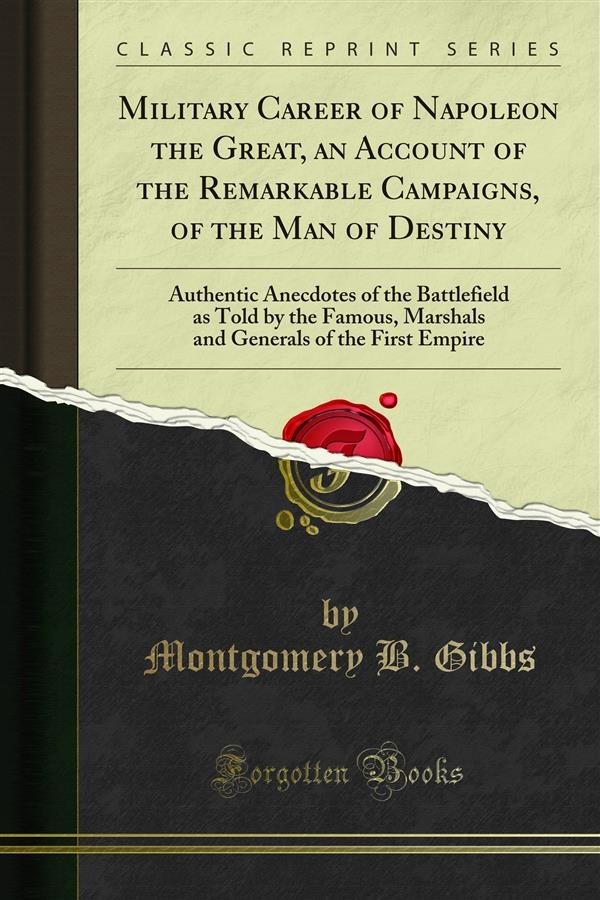 Military Career of Napoleon the Great, an Account of the Remarkable Campaigns, of the Man of Destiny

Many of these famous marshals and generals, who shared day by day all the glories and perils of their chief, and who vied with him in their activity and daring, have lately given to the world their Memoirs, published many years after their death, for obvious reasons. From them one gets a much clearer insight into the true characteristics of their heroic leader. Being men of slight education their writings are confined largely to the gossip of the campaigns in which they were active participants, and in reading them one is often tempted to believe that Napoleon was in command of both belligerent armies, so accurately did this giant among warriors forecast the move ments of the enemy on the battlefield and after victory had favored his bold strokes, finding himself in a position to reshape, at will, the map of Europe for he conductedhis campaigns with a degree of skill which, it is conceded by all military authorities, has never been excelled.