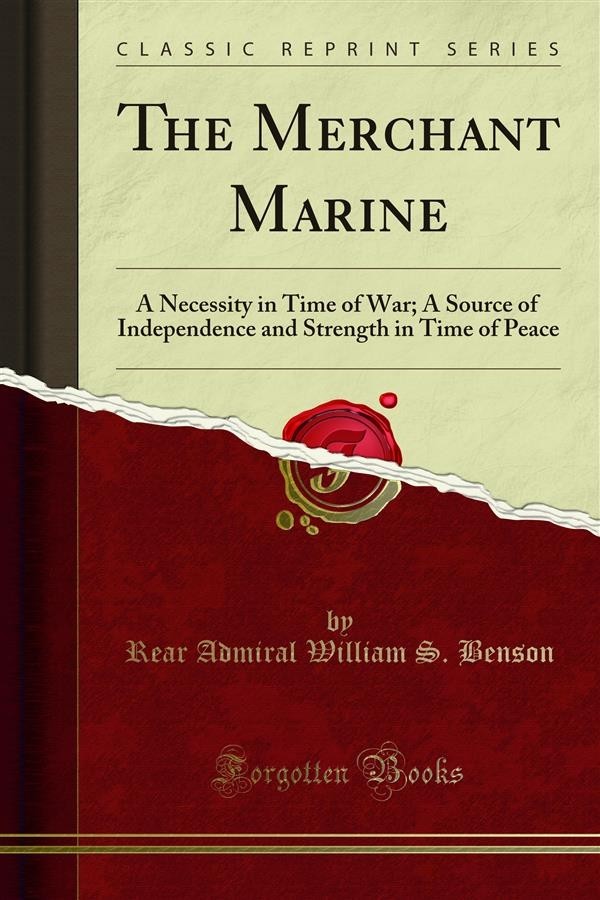 Through the long period I have spent in the naval service of the United States I have carefully studied the mercantile side Of the nation's ocean service, not only because it is of vital importance to the country's safety as an auxiliary of the Navy, but also because it is an instrument essential to the nation's wealth and to her usefulness among the peoples Of the world. My responsibilities as Director of Naval Operations during the World War brought me in close touch with the danger to which this country was exposed, in con sequence Of her lack of an adequate merchant marine. As our Allies also were anxious to get our soldiers to Europe, our need in this instance was supplied by their vessels. The consequences which will attend our neglect of the merchant service, should our safety de mand the transport of great bodies of troops across the Atlantic or Pacific, when no friendly ally is at hand to assist with its vessels, are not pleasant to contemplate. At present there is no lack of vessels, but their existence now is no assurance for our possible need at an indefinite and we trust distant future time when our rights may again have to be preserved by resort to arms.